Christian host: Bible says no trans people in church so they shouldn't use bathrooms either 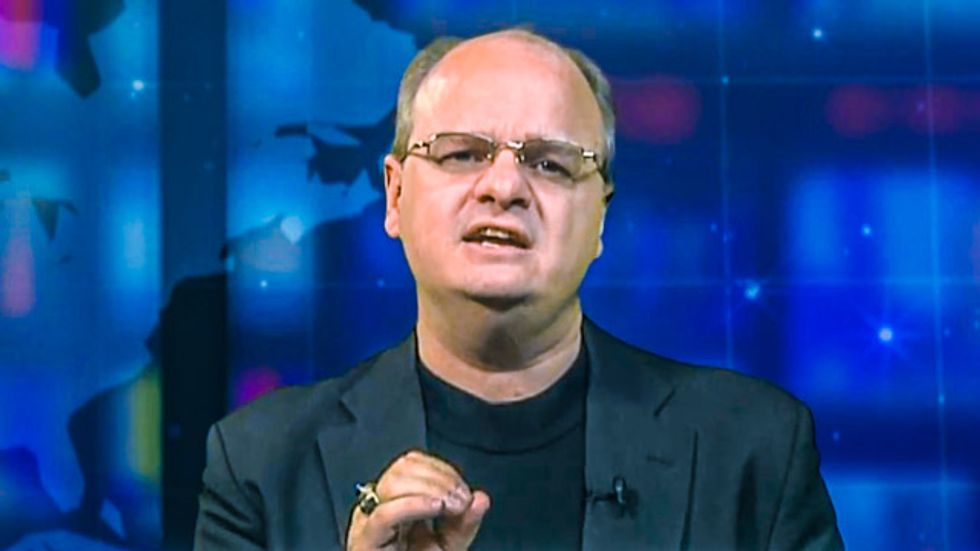 A Christian talk show host argued this week that transgender people should not be allowed to use public restrooms because he said that the Bible barred anyone who had a sex change operation from entering a church.

On the Monday edition of his Pray In Jesus Name Internet broadcast, disgraced former Navy chaplain Dr. “Chaps” Gordon Klingenschmitt expressed outrage that a transgender woman had sued Hobby Lobby after she had not been allowed to use the women's restroom.

Klingenschmitt asserted that it was "untrue" that a person could change their gender through surgery.

"Even after the man is castrated, he's still a man," the host opined. "And that not only should ban him from access to the ladies bathroom -- whether or not he has the surgery, he still has XY chromosomes, he's still a man, he's just lying about it on his birth certificate."

"So, should you let men who lie violate the privacy of women?" Klingenschmitt asked. "I don't think so. And not only that, it prohibits him from worship."

As evidence, the former Navy Chaplain pointed to Deuteronomy 23: "He that is wounded in the stones, or hath his privy member cut off, shall not enter into the congregation of the Lord."

"And if they can't enter the congregation of the Lord, they certainly shouldn't be allowed to enter the ladies bathroom," he insisted.

Watch the video below from Pray In Jesus Name, broadcast July 21, 2014.