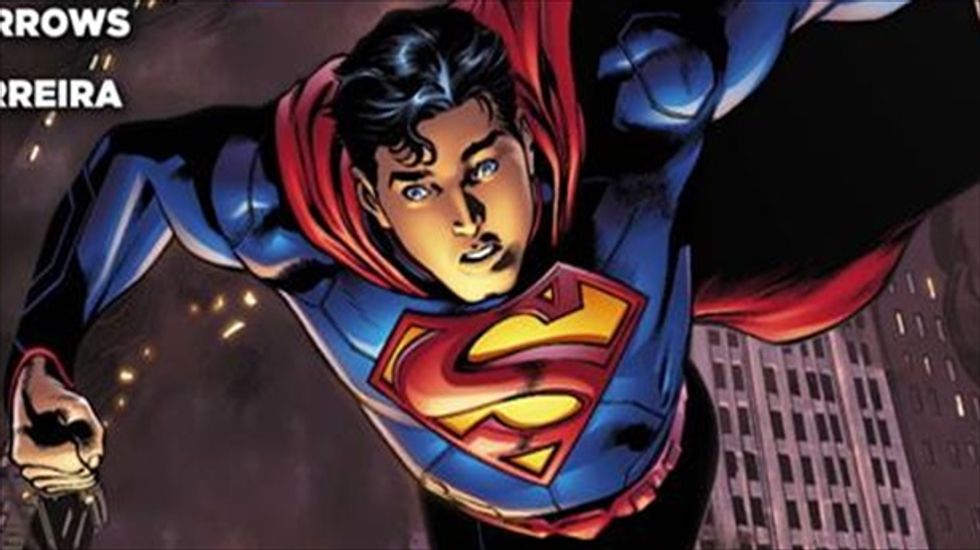 DC Entertainment, formerly known as DC Comics, will not allow the logo for flagship character Superman to be used as part of a statue commemorating a Toronto boy who was starved to death by his grandparents, the Canadian Press reported.

"Basically they didn't want to have the character of Superman associated with child abuse," said Todd Boyce, who raised the funding for the statue honoring Jeffrey Baldwin, who died at age 5 in 2002. "They weren't comfortable with that."

The Toronto Sun reported that Boyce raised more than $25,000 (Canadian) and commissioned an artist to design the statue, depicting the boy wearing a Superman costume.

City officials in Toronto agreed to display the statue at a local park, but stipulated that Boyce get permission from DC Entertainment to use the superhero's logo. The company's senior vice-president of business and legal affairs, Amy Genkins, told Boyce via email that he could not do so, despite DC being "touched" by Baldwin's story.

"Unfortunately, for a variety of legal reasons, we are not able to accede to the request nor many other incredibly worthy projects that come to our attention," Genkins' email stated. "We know this decision is not what you were hoping for, but it is not at all a reflection of your incredible endeavor and the little boy you seek to honor."

While the statue will still be completed, Boyce said, the costume will now feature the letter "J," for Jeffrey at the center.

"The most important thing is to have a fitting monument for Jeffrey, that it's about him," he was quoted as saying. "To be fair to DC I don't think they wanted to say no. I think they gave it serious thought."

The boy's death received renewed attention last year when coroners conducted an inquest. Baldwin's death was attributed to septic shock and starvation he suffered while living with maternal grandparents Elva Bottineau and Norman Kidman. The couple was granted custody of the boy and an older sister following allegations of abuse by the childrens' parents, Richard Baldwin and Yvonne Kidman.

"He wanted to fly," Richard Baldwin said of Jeffrey during the custody hearing. "He tried jumping off the chair. We had to make him stop. He dressed up [as Superman] for Halloween one year. He was so excited. I have that picture at home hanging on my wall. He was our little man of steel."

The CBC reported last year that the Catholic Children's Aid Society, which awarded custody to Bottineau and Kidman, did so without realizing that they had child abuse convictions on their criminal record.

The Canadian Press also reported that the boy suffered from bacterial pneumonia, as well, from being forced to sleep in his own feces and drink from a toilet. Kidman and Bottineau were convicted of second-degree murder in April 2006, and sentenced to serve 20 and 22 years in prison, respectively, before they can be eligible for parole.

Following their conviction, the boy's older sister as well as two additional siblings were placed in separate foster homes and lived separately as of last year, though their attorney, Freya Kristjanson, told the CBC that they meet regularly for dinner.

"Despite their horrific early upbringing, the children have all made tremendous gains and are getting on with their lives," Kristjanson said. "The siblings will always be impacted by their experiences. However, their resiliency is truly inspiring."