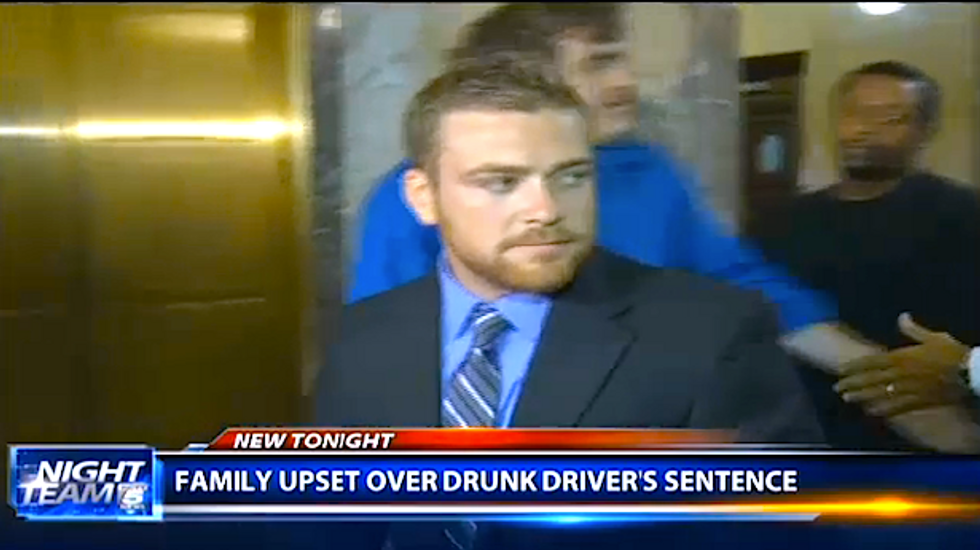 A drunk driver who fled the scene was sentenced to just 120 days in jail for a crash that killed a Kansas City man who lost his wife and daughter two years earlier in a similar crash.

Ronald O’Kelly fled the scene of the April 2013 crash that killed Leroy “Buddy” Bronson, so prosecutors were unable to prove his blood-alcohol content.

The 25-year-old O'Kelly pleaded guilty to fleeing the scene of an injury crash and involuntary manslaughter driving while intoxicated, and he was sentenced to four months in jail with a seven-year suspended prison sentence.

“Since the accident I have thought about it every day, and there is nothing I can say that will make anything better,” O’Kelly said at his sentencing.

“I’m super sorry about what happened,” he added. “I will have to live with it for the rest of my life, just like you guys will.”

Bronson’s family said they were outraged by the sentence.

"This is horrible,” said Tyler Bronson the victim’s stepson. “This is disgusting. What is our judicial system saying? Drink? Drive? Kill somebody? Run! You're fine.”

Tyler Bronson lost his mother, Diane, and 11-year-old sister, Anna, in July 2011 after another drunk driver drove the wrong way and struck their vehicle.

That driver was too badly injured to flee, and prosecutors were able to prove is level of intoxication with blood tests.

O’Kelly also married a woman he was talking to on the phone at the time of the crash, and she allegedly told her father that O’Kelly was drunk when he struck Bronson’s motorcycle.

Spouses cannot be compelled to testify against their husband or wife under Missouri law.