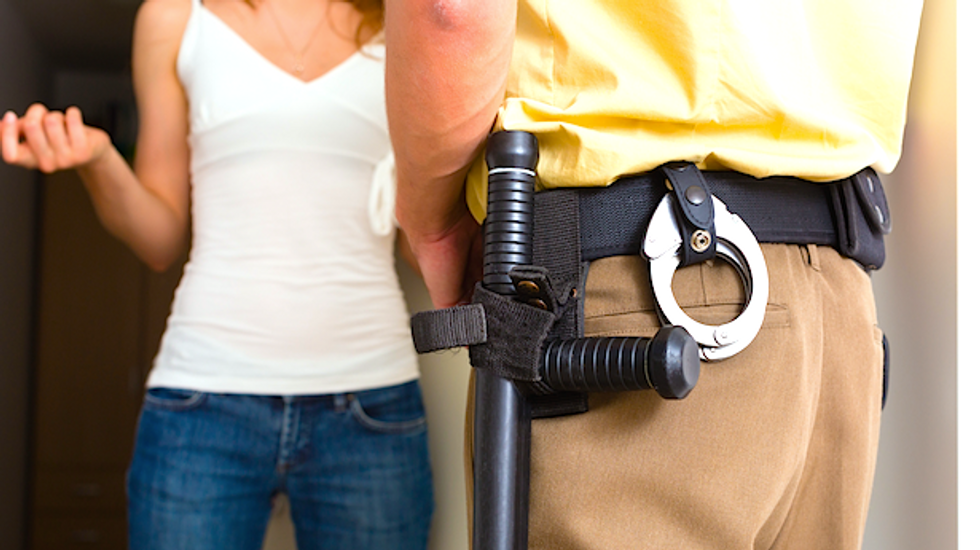 Several officers lied about nonexistent 911 calls to convince residents to consent to searches of their homes, according to testimony May 27 by a Durham police officer in a marijuana possession case.

The officers targeted homes where individuals with outstanding warrants were believed to be living, reported Indy Week.

Police then told residents that dispatchers had received a 911 call from their address – although no such calls had been made.

Durham Police Chief Jose Lopez said the 911 tactic was never part of official policy, although he officially banned its use last month in a department memo.

Officer A.B. Beck admitted on the witness stand to making up a 911 call in February to gain entry to a woman’s home, where he found two marijuana blunts and a marijuana grinder.

Beck testified that he intended to serve a warrant at the house, although he never showed the warrant in court.

The officer testified that the 911 tactic was permitted under department policy when domestic violence was alleged.

The woman’s attorney made a motion to suppress the marijuana evidence, saying the defendant’s consent to a search was made under false pretenses.

The judge granted her motion, and prosecutors dropped the charges against the woman.

Lopez issued a memo 10 days after the case was dropped to all department personnel banning the 911 tactic.

"It has recently been brought to my attention that some officers have informed citizens that there has been a 911 hang-up call from their residence in order to obtain consent to enter for the actual purpose of looking for wanted persons on outstanding warrants," said the memo. "Effective immediately no officer will inform a citizen that there has been any call to the emergency communications center, including a hang-up call, when there in fact has been no such call."

The department told Indy Week that it was examining the tactic’s use before it was officially banned.

[Image: Police officer at front door of home interrogating a woman or witness regarding a police investigation via Shutterstock]

In a new 3D modeling study published this week in Science Advances, we show that the giant extinct shark, Otodus megalodon, was a true globetrotting super-predator.

It was capable of covering vast distances in short order, and could eat the largest of modern living super-predators, the killer whale, in five gargantuan bites. It could have swallowed a great white shark whole.

The recently passed Inflation Reduction Act allocates nearly $80 billion to the Internal Revenue Service, and some leading Republicans have spread false claims that 87,000 armed agents will be hired target middle-class taxpayers -- and the "Morning Joe" host called out their lies as dangerous.