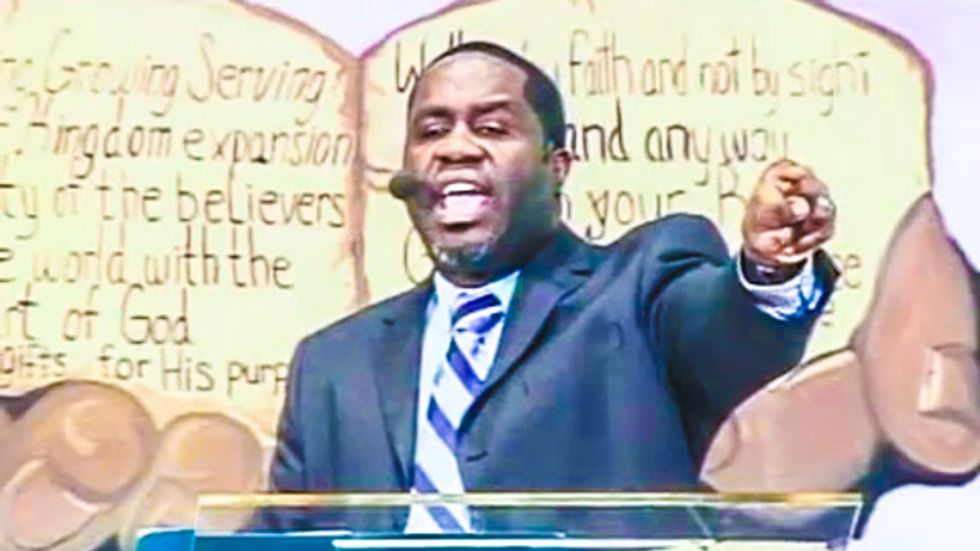 A Pennsylvania pastor has been accused of sexually abusing a minor for the second time.

According to KDKA, Higher Call World Outreach Church Pastor Duane Youngblood was charged on Saturday with corrupting a minor.

The 21-year-old victim told police that Youngblood began molesting him at the age of 16 during counseling sessions at the church in Homestead.

A criminal complaint said that Youngblood took the boy in a back room of the church, instructed him to pull down his pants, and touched him inappropriately during their first session. The victim estimated that Youngblood abused him in 25 out of 30 to 40 counseling session until the "sexual activity” ended in 2011.

Youngblood allegedly told the boy, "We are not going to speak about this."

The pastor was also accused of molesting a 15-year-old boy during counseling sessions in 2006. He pleaded guilty to sexual assault charges in 2008, and was sentenced to one year of Intermediate Punishment, and seven years probation. He is a registered as a sex offender under Megan's law.

Youngblood's 2006 book “Freedom From Homosexuality: No Longer Living The Lie” detailed what he said was “the enemy’s plan against him.”