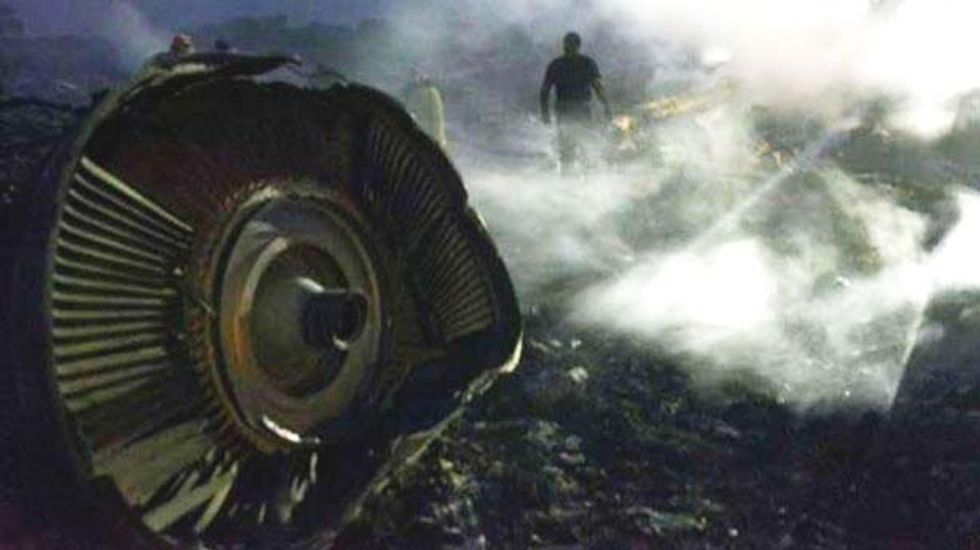 As the events surrounding the crash of Malaysia Airlines Flight MH17 over Ukraine become clearer, more and more voices are claiming the plane may have been shot down by pro-Russian separatists in eastern Ukraine.

The Ukrainian president Petro Poroshenko described the crash as an act of “terrorism”, while Vladimir Putin is reported to have said that “the state over whose territory this occurred bears responsibility for this awful tragedy”.

For her part, former US secretary of state Hillary Clinton opined that the catastrophe could have grave consequences for Russia should it turn out that they were involved in supplying equipment used to attack the plane.

Legally speaking, we are still at an extremely early stage. Once it is established exactly how the plane was brought down, the next step will be to establish who bears responsibility for the crash, and how (and by whom) they will be punished.

States are obliged to punish those responsible. The first steps to investigate the causes and effects of the plane crash have been taken and Ukraine has asked the Netherlands for assistance in this task – but the possible responses using international legal structures are yet to be decided.

For his part, Ukraine’s prime minister suggested that the International Criminal Court (ICC) in the Hague, established to help end impunity for the perpetrators of the most serious crimes of concern to the international community, should look into the matter. However, it is in fact fairly unlikely that the ICC will get involved.

On April 17 2014, the Ukrainian government (which is signatory to the Rome Treaty but has not ratified it) lodged a declaration under Article 12(3) of the ICC’s statute, accepting the ICC’s jurisdiction over alleged crimes committed in its territory.

But that declaration specified only the time frame from November 21 2013 to February 22 2014, when Ukraine’s former president Viktor Yanukovych was ousted amid civil unrest. That means the plane crash would fall outside the declaration’s time frame. The terms could be revisited by the Ukrainian government, but extending the time frame would also leave the pro-Ukrainian side subject to scrutiny by the court for any crimes committed in the course of the deteriorating conflict.

Meanwhile, under Article 13(b) of the Rome Statute, there is the possibility that the UN Security Council could refer the situation to the ICC Prosecutor – though Russia holds a vetoing power on the council, and would probably use it to block any such attempt.

We also have to remember that the crime of terrorism does not form part of the ICC’s jurisdiction, as the concept of “terrorism” is notoriously difficult to define.

Instead, the ICC’s core crimes are genocide, crimes against humanity, and war crimes (from 2017, this list will include the crime of aggression). To prove a crime against humanity, for example, the prosecution would have to prove that 1) the attack was aimed at any civilian population; 2) a state or organisational policy existed that led to the attack; 3) the specific attack formed part of a widespread and systematic attack; 4) a link between the accused and the attack exists; and 5) there was an awareness of the broader context of the attack.

If, however, a preliminary examination by the ICC suggested there were grounds to proceed and the neccessary admissibility and threshold criteria are met, it may still prove very difficult to apprehend the alleged perpetrators if they were to reside in Russia.

Instead of ending up in front of the ICC, the MH17 disaster will probably become a question for the International Court of Justice, where disputes between states are considered. The court has previously considered rather similar cases: in 1988, for example, Iran brought a case against the US for the shooting down of Iran Air Flight 655 - though eventually the case was withdrawn.

By the same token, Malaysia could be entitled to bring before the court any state directly responsible for the downing of flight MH17, or for supplying the equipment used to do so.

Another body which could take legal action, of course, is the UN Security Council, tasked as it is with maintaining peace and stability. It could establish an independent commission of enquiry, though any resolution on behalf of the Security Council might well be vetoed by Russia. The UN General Assembly could also produce a recommendation in form of a resolution, but they are non-binding.

Ultimately, what happens next will depend on how the major players behave – especially Russia – once the facts of the crash have been more fully established.

Melanie Klinkner does not work for, consult to, own shares in or receive funding from any company or organisation that would benefit from this article, and has no relevant affiliations.