John Oliver: Fireworks are like 'sparkly guns you can shoot in the sky' 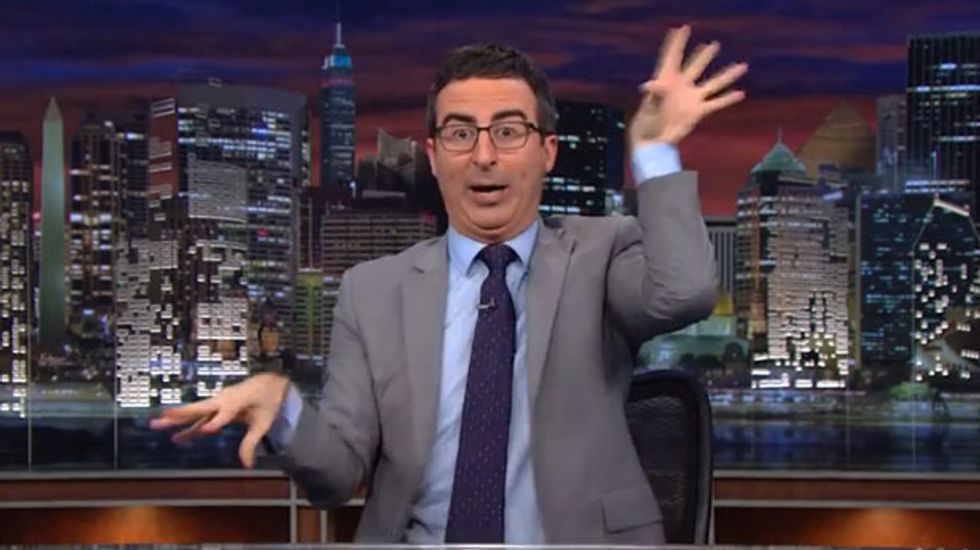 HBO's Last Week Tonight took the holiday weekend off, but that didn't stop host John Oliver from stopping by the Internet to discuss America's love of fireworks.

"We were off this week in observance of Independence day, " Oliver began. "Or as they call it where I'm from: the day of colonial aggression."

"The most important story from the past seven days was fireworks," he continued. "We in America love fireworks. Why? Because they're like sparkly guns you can shoot in the sky."

Oliver went on to describe the typical American experience of going to seeing fireworks, from finding parking ("there were several spots that looked like spots but turned out to not be spots") to describing the fireworks themselves: "One red one, exploded. Then the blue one, it also exploded. And then a white followed and also exploded. Then, of course, red, white, and blue all at once... that's fireworks greatest hits right there."

Oliver explained that everyone leaves 4th of July fireworks exhibitions silently agreeing to never do it again, only to "perform this exact ritual again" the following year.

"And that, ladies and gentlemen, is what make America great," Oliver concluded. "The ability to wholeheartedly embrace excitement, while letting disappointment and failure slip away as quickly as you can."

Watch the video below from Comedy Central: