Medea is as relevant today as it was in Ancient Greece 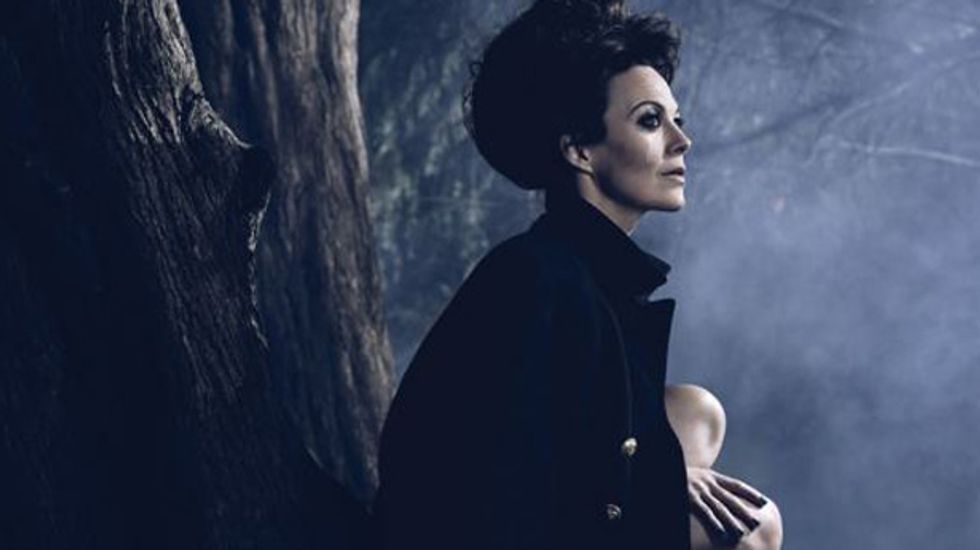 A new production of Medea recently opened at London’s National Theatre to critical acclaim. This is a Medea definitively set in the modern era: the production opens with two little boys watching television snuggled in sleeping bags. These contemporary touches are present throughout, whether in the duty-free spirits in a plastic bag, the smoking, or the modern wedding with a tiered cake and helium balloons.

Often when ancient plays are updated to a modern setting it can feel unsatisfactory. Frequently there are elements that grate or become implausible, and you’re left feeling that the director is trying too hard to make the play “relevant”. But in the case of Medea, the tragic action seems to fit today’s world as well as that of the mythological past. It speaks to our imaginations with incredible power.

In Greek mythology, Medea was the granddaughter of the sun god Helios, and ran away from her father’s house to marry the hero Jason. Euripides re-sculpted her story in his play, adding the element that made her the Medea we know today – the woman who kills her own children to avenge her husband’s betrayal.

Medea (about to kill her children), Eugene Ferdinand Victor Delacroix.

In the earliest versions of the myth, Jason and Medea’s children are killed by a crowd of Corinthians, angry at Medea’s behaviour. Greek tragedy likes to rework older myths to bring out the nastiest aspects of human relationships, especially within the family. Euripides makes Medea breach a fundamental taboo: the bond between mother and child, and the assumption of unconditional maternal love.

So the first audience who saw Euripides’s play would have been in for something incredibly shocking, unfamiliar as they were with a Medea who kills her children for vengeance. When the play was first performed in an Athenian tragedy competition of 431 BC, it came in last place, and it’s often thought that this was because of the heroine’s dreadful actions. But regardless of the first audience’s response, the play quickly became a classic, and Medea’s infanticide supplanted all other versions of the story.

Mothers wilfully killing children has a particular horror, but it’s a sad fact that it isn’t as rare as we might like to think, and stories about women accused of the crime regularly hit the news.

Indeed, Medea’s situation bears a chilling resemblance to current research on maternal filicide. She’s been abandoned by her husband in a foreign land where she has no support network. Isolation, low social status, and stress have been cited as crucial factors in maternal infanticide both in humans and in primates. Medea’s motivation is a desire to punish her husband, a major category used by researchers investigating the background to such crimes. One research article even suggests that mothers are more likely to kill male children if their motivation is vengeance: Medea’s is, and her victims are both sons.

Not only are Medea’s actions psychologically realistic, but so is the way that other characters respond to them in the play. A research study from 2006 examined more than 250 news reports on maternal infanticide in the US to see how journalists present these cases. It concludes that women tend to be presented in over-simplistic terms, either as being driven to insanity due to caring so much, or as fundamentally heartless. At the start of the play, Medea screams hysterically off-stage. At the same time, her nurse describes her as incapable of controlling her emotions due to deep grief.

And after the killing, when Jason confronts Medea, he claims that “no Greek woman would have dared to do this”, implying that Medea acts as she does because she is a “barbarian” and morally “different” to a civilised person. (Jason is wrong, of course – there are other examples in Greek myth of women who kill their children). Both Jason and the Chorus try to present Medea as inhuman to make sense of her actions: she is called a stone, iron, and a lioness. The implication is that a proper human being would be incapable of acting as Medea does (and so perhaps, that “normal” people are safe from such things). Modern reporters similarly present mothers who kill as “mad or bad” to help provide distance.

But what’s truly shocking about Medea is that for most of the play she seems neither irrational nor evil. Euripides points to the broader societal pressures that lie behind what she does. She argues that her situation is an inevitable hazard of the patriarchal rules governing marriage in the Greek world: women are dependent on their husbands, vulnerable, and easily driven to desperation. The chorus of Corinthian wives accepts this argument and promise to help Medea achieve vengeance, swayed by the idea that they too could have been in her place.

Nor does she kill in a state of irrational frenzy or emotional detachment. In a monologue before she commits the murders, Medea acknowledges the wickedness of what she is about to do and expresses her love for the children, and the deep pain she will feel at their death. Yet although Medea is in a desperate situation, it’s clear that she doesn’t see killing the children as the only option. She kills, not from the belief that she can’t cope, nor because she thinks the children will be taken away from her, but out of a cold awareness that this will be the most effective way to destroy Jason’s life.

The power of Greek tragedy lies in its ability to offer the audience space to explore the very worst-case scenarios. It helps us confront the gap between our ideals about the world and our actual experiences of it. Family relationships are framed by a set of stereotypical societal values: mothers are loving and altruistic, fathers protect and provide, children are dutiful and make their parents proud.

We, like the Greeks, know that that life isn’t always like this: marriages can be destructive and family members hurt each other. Tragedy explores the ultimate expressions of our fears that life will disappoint us. They allow us the space to question what happens if marriages aren’t just damaging but actually murderous. Or if parents aren’t just inadequate but set out to destroy their children.

It’s Medea’s ability to uncover our worst fears, combined with its psychological plausibility, that makes it as terrifying today as it was almost 2500 years ago.

By Laura Swift, The Open University

Laura Swift does not work for, consult to, own shares in or receive funding from any company or organisation that would benefit from this article, and has no relevant affiliations.