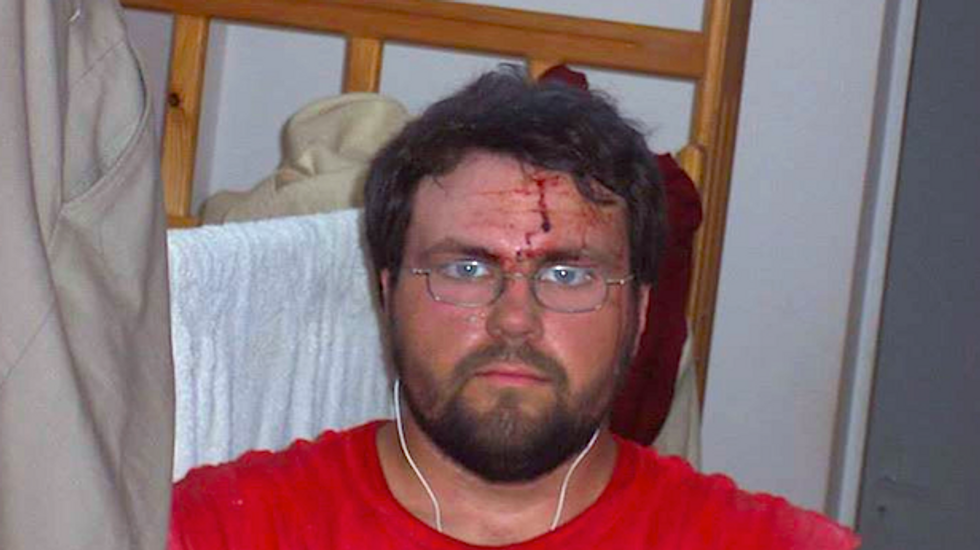 Police said a Michigan utility worker held a pregnant teenager he met online hostage for days after beheading her boyfriend and then strangling her.

Slocum’s boyfriend, 25-year-old Charles Oppenneer, was supposed to be present at the meeting in a Wyoming park, police said.

Oppeneer’s body was found July 16 near his abandoned vehicle in Gezon Park, police said, but his head has not been located.

Slocum was likely killed July 17, authorities said, and her body was found in the trunk of Oestrike’s car after he fled from police during an attempted traffic stop and then shot himself to death after crashing the vehicle.

A search of Oestrike’s home turned up restraints that suggested Slocum, who was eight months pregnant, was held captive there before her death.

"In this case, I'm sure there are moments and pictures that our staff will never forget," said Police Capt. Kim Koster.

A former FBI agent and private investigator who is assisting in the investigation said murders involving mutilation are typically motivated by anger, such as someone who suspects their spouse was unfaithful.

"Frankly, I've never heard of something like this," said investigator Gene Debbaudt. "In recent memory, I can't think of anything more horrific."

Investigators collected more than 400 items from the home, including firearms, ammunition, and knives.

His Facebook page indicates a fascination with guns and violence, following such groups AR-15 Gun Owners of America, Oath Keepers, NRA's American Rifleman, and Citizens Committee for the Right to Keep and Bear Arms, and American Militia.

Nearly all of the posts on his timeline were pro-gun and anti-Obama viral images, as well as posts about his occupation as a journeyman lineman.

Police said a former girlfriend who previously lived with Oestrike filed a domestic assault report when she moved out in June.

The woman made a similar report in May but did not pursue charges.

Police are investigating electronic devices found at Oestrike’s home to determine whether there are additional suspects or victims involved.

Slocum’s family said the teen met Oppenneer last year, as a 17-year-old, at the Ionia Free Fair and did not complete her senior year of high school.

Her parents said Michigan’s age of adulthood is 17, and they were unable to keep her from making the decisions that led her away from home and eventually contributed to her death.

"God gave each of us free will, and that is something that no one can control,” said Rod Knepper, her great-uncle and family spokesman. “The secret part of Brooke's life that none of us knew about is a testament to that."

Less than six months before the 2022 midterm elections, Punchbowl News co-founder Jake Sherman warned Democrats are at risk on being on the wrong end of a landslide.

Sherman was interviewed on Wednesday by MSNBC's Nicolle Wallace on "Deadline: White House."