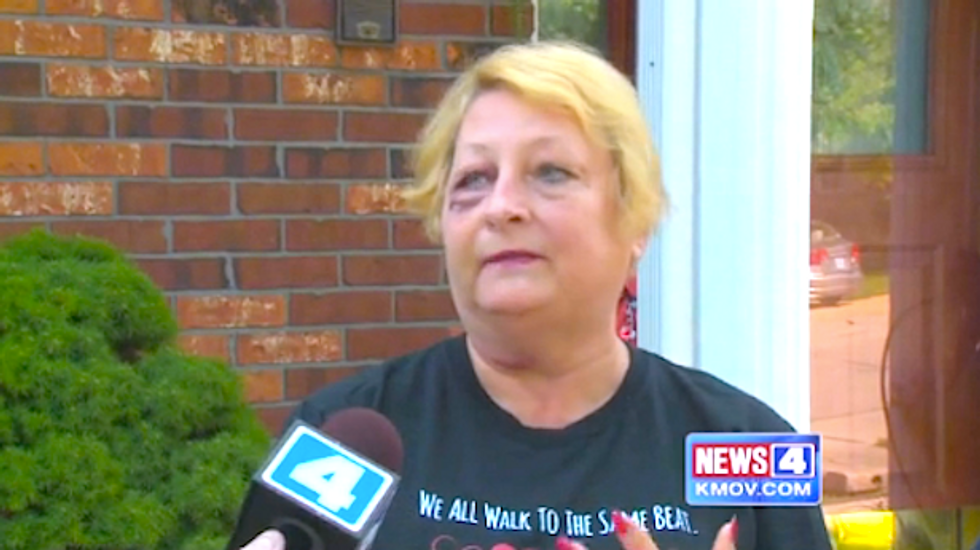 A Missouri woman was shot in the face by a stray bullet after a July 4 reveler fired off a celebratory gunshot.

Jan Brewer said she was enjoying the Independence Day celebration when she felt a sharp and sudden pain near her eye, reported KMOV-TV.

She initially thought fireworks caused the injury, but X-rays confirmed she had a bullet lodged in her cheek.

“I’m just thankful to be here,” Brewer said. “Because one inch up, and it would have taken my eye out. One inch lower it would have hit my throat. But it hit the bone and lodged in the side of my face.”

Brewer and her husband said they weren’t aware of anyone shooting guns near them, and Jefferson County sheriff’s deputies have not identified who fired a gun into the air.