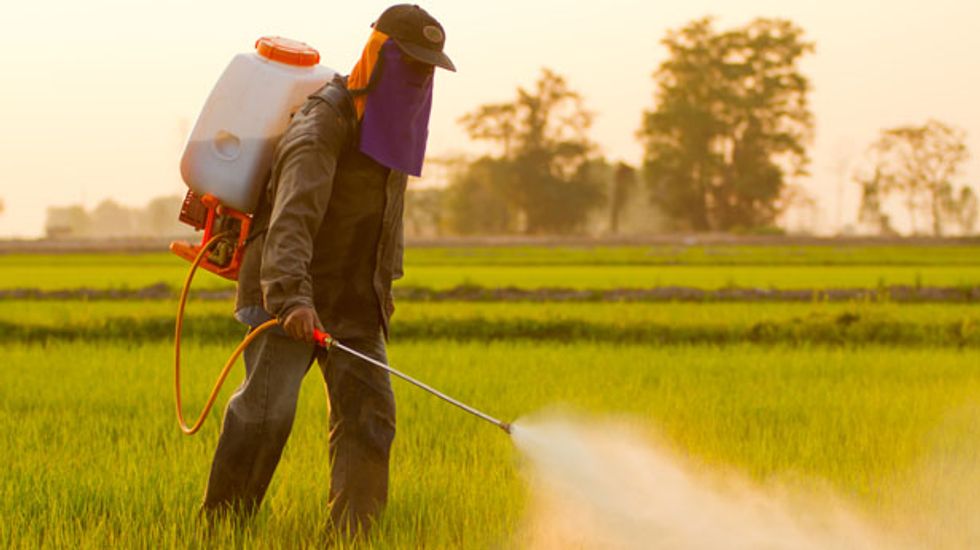 Researchers looking into the cause of a chronic kidney disease epidemic which has devastated farm-workers in Central America, India and Sri Lanka may have found their culprit in a commonly-used herbicide manufactured by Monsanto, according to Truthout.

According to a study conducted by three Sri Lankan scientists, glyphosate, an ingredient used in herbicide Roundup may be behind a disease known as CKDu;  Chronic Kidney Disease. The 'u' in the name indicates a variation from other chronic kidney diseases where the cause is known.

CKDu is now the second leading cause of death among men in El Salvador, a small country with the highest overall mortality rate from kidney disease in the world. In neighboring El Salvador and Nicaragua, more men die from CKDu than from HIV/AIDS, diabetes, and leukemia combined.

In one area of rural Nicaragua, so many men have died that the community is called "The Island of the Widows."

In Sri Lanka, over 20,000 people have died from CKDu in the past two decades, leading the researchers to match the time frame to the introduction of new herbicides into the region.

Dr. Channa Jayasumana, and his colleagues, Dr. Sarath Gunatilake and Dr. Priyantha Senanayake, have put forward a unifying hypothesis attempting to explain the origin of the disease, asserting that the offending agent had to have been introduced into Sri Lanka within the last 30 years, lining up with the appearance of the first CKDu cases appearing in the mid-1990s.

Looking for likely suspects, the researchers repeatedly came back to glyphosate, a herbicide used in abundance in Sri Lanka.

At this point the Sri Lankan scientist's theory can only be considered hypothesis-generating and further scientific studies will need to confirm the hypothesis that CKDu is indeed due to glyphosate-heavy metal toxicity to kidneys.

Monsanto, continues to back the safety and usage of glyphosate which is the world's largest selling herbicide.

It should be noted that most of Monsanto's genetically modified seeds, including soy, corn, canola, alfalfa, cotton, sugar beets and sorghum, are glyphosate resistant.