ND woman accidentally shoots herself while trying to scare off intruder 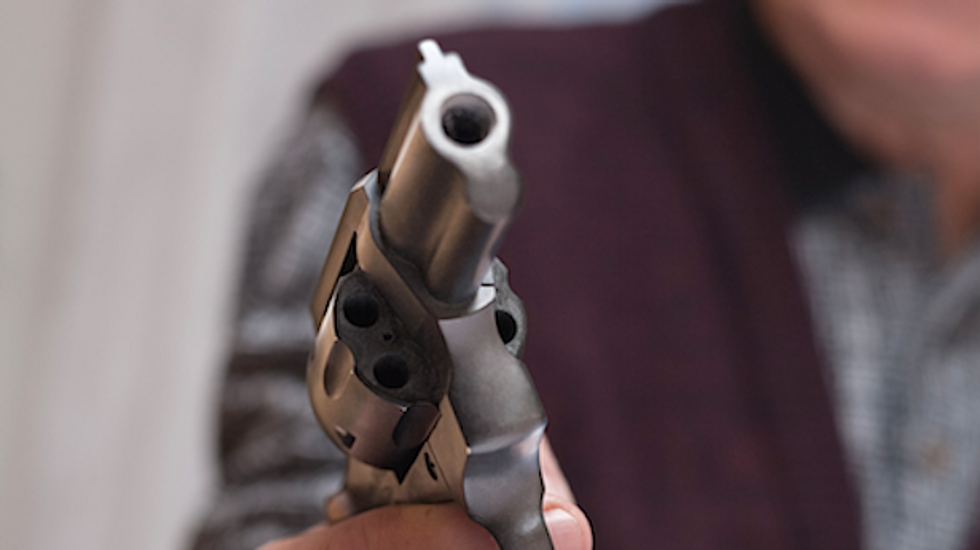 "Closeup of senior couple fighting with a gun" on Shutterstock

A North Dakota woman accidentally shot herself last week while trying to scare away an intruder.

Kristina Moberg found a man trying to pry open the screen door to her Grafton home about 11 a.m. July 15, while her husband was at work, reported KVLY-TV.

She grabbed a gun in the home in an attempt to scare away the burglar, but it accidentally fired into some woods outside.

“(Moberg) was startled when the round went off and accidentally discharged a second round, which pierced her lower leg,” said Assistant Police Chief Anthony Dumas, of Grafton police.

Investigators believe the second bullet may have ricocheted before striking Moberg in the leg.

Police have not arrested the attempted burglar, but they have identified a person of interest.

[Image: Closeup of senior couple fighting with a gun via Shutterstock]