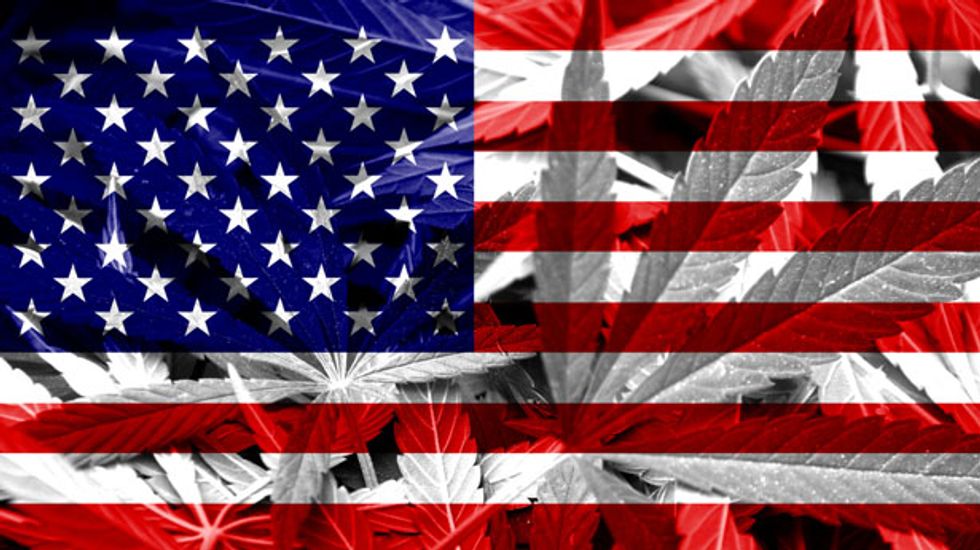 Comparing the United States 40-year-old ban on marijuana with Prohibition, which criminalized normally law-abiding citizens and gave rise to organized crime, the editorial board of the New York Times is calling for Congress to legalize marijuana immediately.

In an editorial to be published in the Sunday edition of the Times, the board wrote that they reached this conclusion after being "inspired by a rapidly growing movement among the states to reform marijuana laws."

Citing the patchwork quilt of marijuana laws at the state level, the editorial states that Congress should legalize marijuana at the national level allowing the states to establish their own marijuana laws free from federal interference.

"We considered whether it would be best for Washington to hold back while the states continued experimenting with legalizing medicinal uses of marijuana, reducing penalties, or even simply legalizing all use. Nearly three-quarters of the states have done one of these, " the board wrote. "But that would leave their citizens vulnerable to the whims of whoever happens to be in the White House and chooses to enforce or not enforce the federal law."

The editors also note the enormous social costs of marijuana criminalization, writing, "There were 658,000 arrests for marijuana possession in 2012, according to F.B.I. figures, compared with 256,000 for cocaine, heroin and their derivatives. Even worse, the result is racist, falling disproportionately on young black men, ruining their lives and creating new generations of career criminals."

Addressing fears of addiction,  the board  pointed out that there is a body of evidence that should allay those fears:

"There is honest debate among scientists about the health effects of marijuana, but we believe that the evidence is overwhelming that addiction and dependence are relatively minor problems, especially compared with alcohol and tobacco. Moderate use of marijuana does not appear to pose a risk for otherwise healthy adults. Claims that marijuana is a gateway to more dangerous drugs are as fanciful as the “Reefer Madness” images of murder, rape and suicide."

The board did acknowledge that the U.S. Congress is unlikely to take up the subject, avoiding it as they have so many other important issues.

According to the editorial, various members of the Times editorial board will be writing additional articles on topic this week, addressing the myriad of issues it raises.