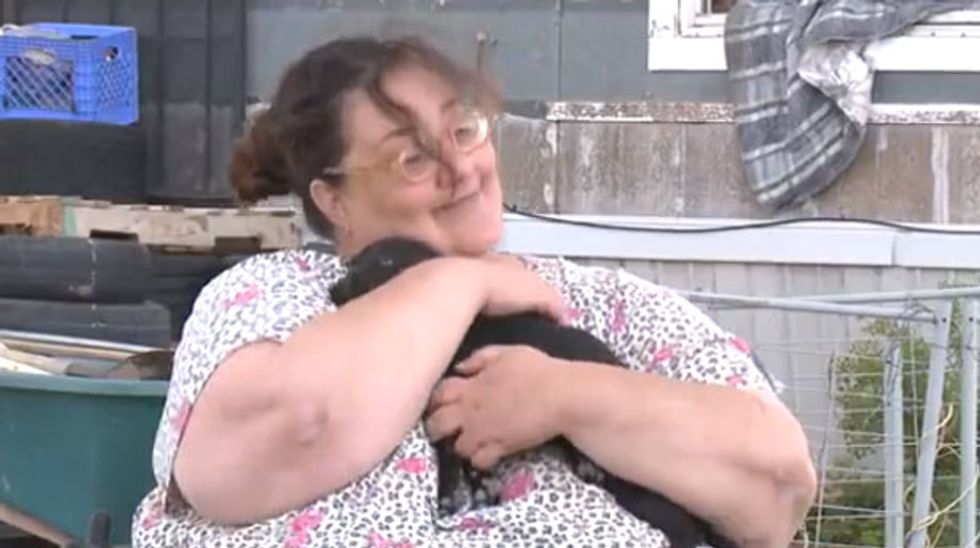 A New Mexico man, currently on probation for smuggling cocaine, is headed back to federal prison after he stabbed his girlfriend's puppy, intending to serve the dog to her grandchildren for dinner.

Salvador Martinez, 46, faces charges of extreme animal cruelty and child abuse after he killed Onyx, a nine-month-old chi-weenie ( chihuahua/dachshund mix), by stabbing the puppy in the heart with a screwdriver, reports KRQE.

According to his girlfriend, Mandy Malone, Martinez came home drunk over a week ago and proceeded to complain about her dogs barking in the backyard.

“He said he was going to kill one and barbecue it,” Malone said. “I didn’t believe him because he’d been saying it for a while and I knew he loved animals.”

After Malone went to bed, Martinez allegedly went into the backyard and stabbed the tiny dog with a screwdriver, before skinning it and then looking up dog recipes on the Internet.

In the morning, Malone discovered a bowl of fresh meat in the refrigerator.

“I knew we had no meat in the house and there was meat marinating in the fridge,” Malone said. “I asked him where it came from and he said it was my dog Onyx.”

"He asked me -- if I didn't want the meat in my house -- if my daughter would take him to butcher three of the other dogs and take the carcass of this one and barbeque it at his moms," she added.

According to police, Martinez had planned on serving the dog to Malone's grandchildren.

Torrance County Sheriff Heath White explained that, while it is not illegal to eat dog in New Mexico, Martinez's method of killing Onyx was highly illegal.

“It is extremely disturbing to know that someone would be that brutal with a family animal,” White said.

According to federal court records, Martinez was arrested in 2003 for transporting 13 kilos of cocaine over the border. After pleading guilty, he was sentenced to 10 years in prison before being released early on parole.

His most recent crime will send him back to federal prison to serve out his term.

Watch the video below from KRQE: