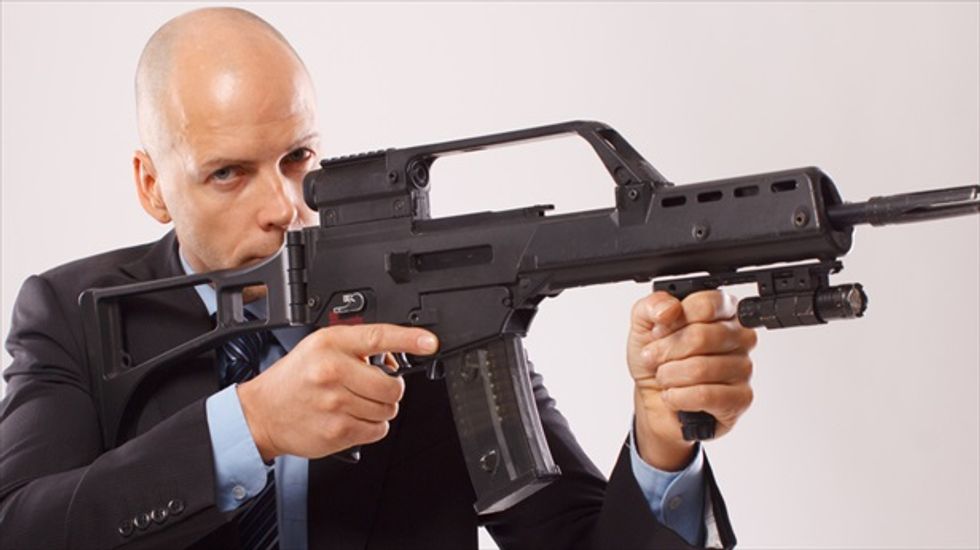 “He has put half-a-million dollars toward this policy, the same policy that led his family getting run out of Germany by the Nazis,” Judy said during a July 23 anti-Initiative 594 meeting.

“It’s like, how stupid can they (be) — you know?” he continued, as the crowd laughed. “Now, he’s funding -- he’s put half-a-million dollars toward this policy, the same policy that led to his people getting run out of Germany by the Nazis.”

Hanauer wrote in a recent article advocating a higher minimum wage that his family had been pillow-makers in Germany before fleeing to the United States from the Nazis.

“You know, it’s staggering to me, it’s just, you can’t make this stuff up,” Judy said. “That these people -- it’s, like, any Jewish people that I meet who are anti-gun, I think: Are you serious? Do you not remember what happened?”

“And why did that happen?” Judy continued. “Because they registered guns and then they took them. And now you’re supporting gun control — you come to this country and you support gun control. Why did you have to flee to this country in the first place? Hello? Is anybody home there?”

The NRA lobbyist’s comments, which were caught on audio tape and first publicized Monday by the liberal Horse’s Ass blog, sparked calls by Jewish groups and Democratic lawmakers for Judy’s resignation.

“It is deeply offensive for anyone to suggest that Jewish supporters of gun violence prevention have ‘forgotten’ the history of our people,” the statement continued.

Listen to Judy's comments in this video posted online by David Goldstein:

[Image: Serious Man In A Suit Holding A Rifle Isolated On A White via Shutterstock]