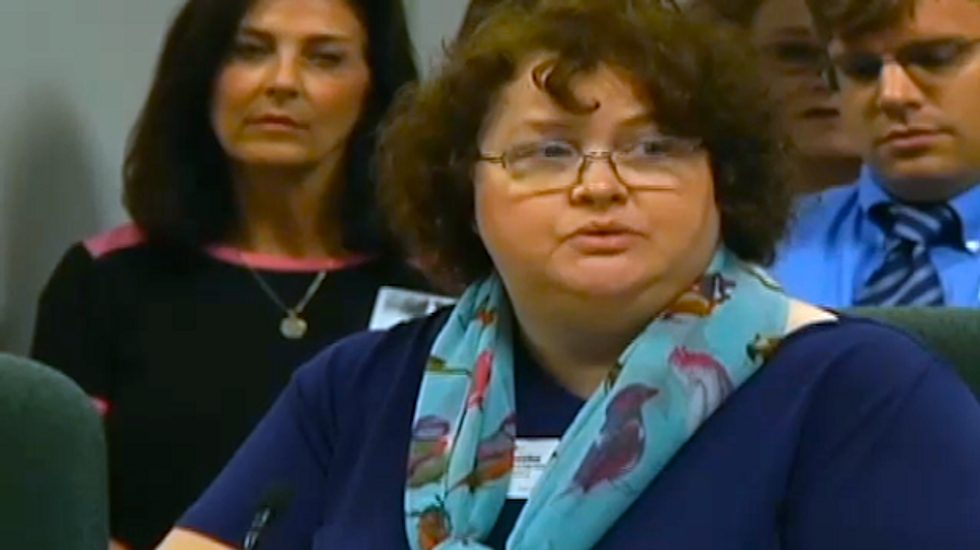 Ohio won’t investigate all of the charter schools operated in the state by a company accused of hiring unqualified teachers, cheating on standardized tests, and allowing boys to grope female classmates.

The Ohio Department of Education will limit its investigation of Horizon Science Academies to the Dayton area, where the alleged wrongdoing was reported.

The state Board of Education declined to open investigations into all 17 Horizon schools in Ohio, which are operated by Concept Schools, although the company’s other schools could be probed if specific complaints were filed.

Four former teachers at Horizon schools in Dayton testified last week that school officials failed to tell parents their children had been suspended for having oral sex outside a building where they were supposed to be attending a school-sponsored cultural festival.

"I don't think parents had any idea what was going on at the school," said Kellie Kockensparger (above), who taught at the publicly funded charter school for three years before taking another Dayton-area teaching job in March.

Another teacher said students took part in a sex game during a middle school math class, claiming male students would place their hands on a girl’s knee and ask if she was nervous.

If the girl said no, the teacher said, the boy would move his hand up her thigh.

"The game was not a one-time occurrence, yet the teacher did nothing, insisting he didn't know about the game,” said former math teacher Richard Storrick. “The school's director was told about the incident, did nothing and rehired the teacher the following year.”

“I never had a full class and they'd say the school had a 97 percent attendance rate," said ex-employee Tim Neary. "There was no oversight at all."

The FBI served a search warrant June 4 at Concept Schools’ headquarters in Des Plaines, Illinois, and 19 other locations in the Midwest as part of an “ongoing white-collar crime matter.”

Investigators also were looking for documents related to the federal “E-Rate” program that pays schools to expand telecommunications access.