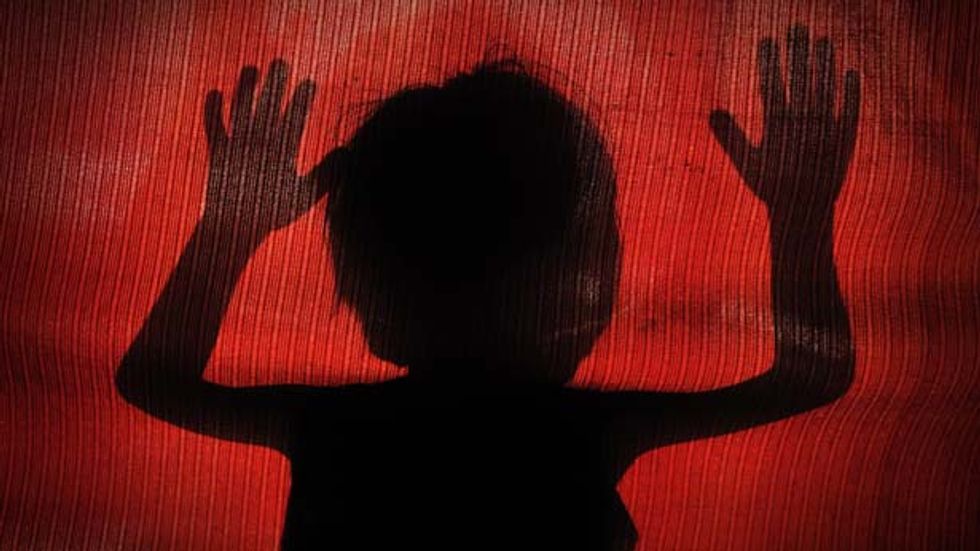 Alerted by a neighbor, who witnessed what she described as a "human skeleton," police in Greenville, Pennsylvania, discovered a 7-year-old boy weighing 25 pounds who was being starved and beaten by his mother and her parents.

The boy's mother, Mary C. Rader, 28, and her parents, Dennis C. Beighley, 58, and Deana C. Beighley, 47 — all of whom lived together — have each have been charged with multiple counts of aggravated assault, unlawful restraint of a minor, false imprisonment, child endangerment and criminal conspiracy, reports the Pittsburgh Tribune-Review.

Piatek stated that their sole motive for their treatment of the child was that they disliked him.

According to an affidavit drawn up by detectives, Mary Rader removed her son from Greenville schools in August 2013 and began homeschooling him. She only allowed him to eat small portions of tuna and eggs, and he was beaten when caught stealing food such as peanut butter and bread, according to investigators.

Authorities stated the boy was only allowed to go outside on the back porch where he sometimes caught insects for food.

Dr. Jennifer Wolford of UPMC Children's Hospital Child Advocacy Center told investigators from Mercer County Children and Youth Services that “it was the worst case of childhood starvation she had ever seen.”

“The most important medicine used to treat him at the hospital was food,” Dr. Jennifer Wolford said. “He was within a month of having a major cardiac event that he probably would not have recovered from.”

The boy has gained twenty pounds since being taken into custody.

Investigators say the boy has two sisters and one brother who were all reported in good health, although the brother was underweight. All four children have removed from the family's custody.

“She acted strange all the time,” said Debra Rader, 56. “We would go over there to check on the boy, but we were never allowed to see him, so we weren't sure what was going on.”

Mary Rader and her parents were released on an unsecured bond of $75,000 after their arraignment and are expected back in court on July 30.

Greenville District Judge Brian Arthur defended the low bail and release stating, “The bond is for the purpose of assuring the defendant will report to the court. They turned themselves in, and they have an attorney already. Chances of them not showing are slim to none."

“In my position I have to stay neutral and keep an open mind, and are they a danger and detriment to our society,” Arthur added. “A condition of their bond is for them not to have contact with the kids.”

[conceptual silhouette of a child on Shutterstock]