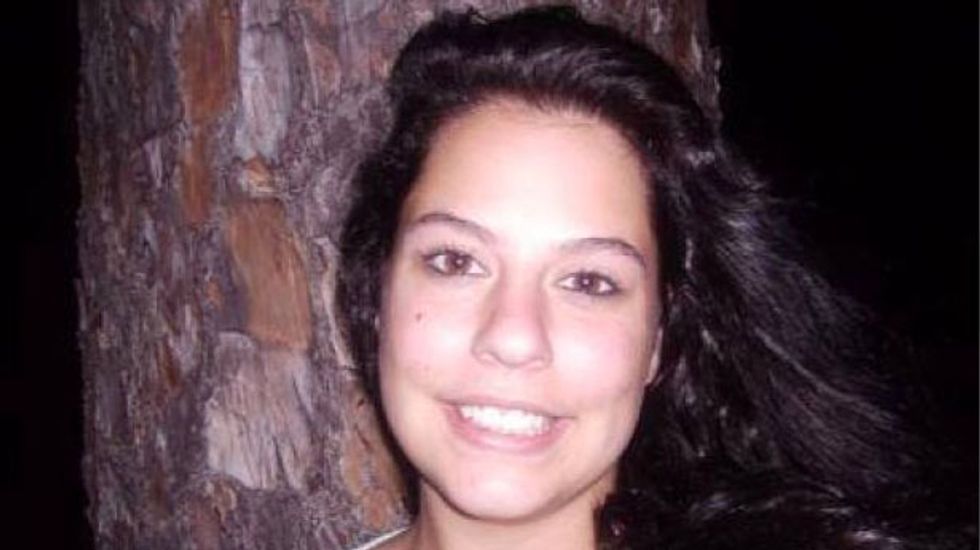 A Brookesville, Florida, woman, who was five months pregnant, has died after accidentally being shot in the head Saturday night while visiting a friend who was showing off his gun collection, reports the Tampa Bay Times.

Katherine Lynn Hoover, 25, died early Sunday morning after being airlifted to Regional Medical Center Bayonet Point. Doctors removed her unborn child Saturday night in an effort to save him, but were unable to do so.

According to authorities, Hoover and her husband, Carson,  were visiting William DeHayes at his home early Saturday evening.  As DeHayes showed off  his gun collection, a .22 caliber revolver fired and the bullet struck Katherine Hoover in the head.

After being rushed to a local hospital and then airlifted to Bayonet Point, Hoover was pronounced dead at 3AM Sunday morning.

Her brother, Gary Bryan, said the entire family was in shock.

"What has happened is truly a tragic shock," he said. "My sister was a wonderful and special woman. She was a wonderful wife and mother. She had just gotten married and was getting herself established."

"She was truly a special person, inside and out," said her  sister, Kayleigh Bryan. "We were blessed to have the time that we had with her. She's going to be missed very much."

Police are investigating the shooting but say that it appears to have been accident. Records show that the gun owner, DeHayes, is 35 years-old and has no criminal record.

Hoover is survived by her husband, whom she married in December, and her 6-year-old son, Nicholas.