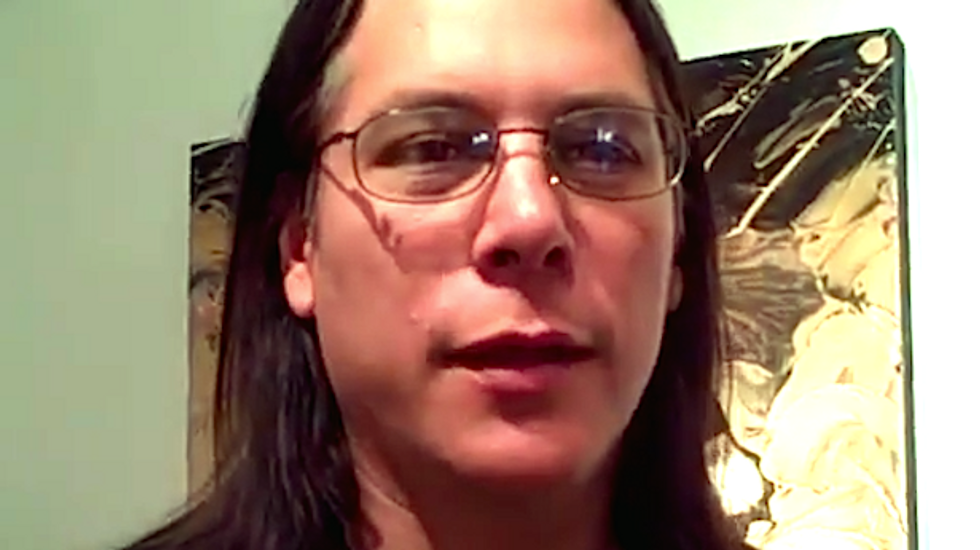 A well-known Native American artist said Santa Fe police pulled a rifle on him after his dog defecated in his SUV and a passerby mistook his cleanup for a burglary.

“I tried to talk to (the woman) to explain that I was cleaning up dog” poop, Mateo Romero said. “But she got all hysterical and I just backed away. I couldn’t leave. It was crazy.”

The woman told the Albuquerque Journal that she pulled up to her home about noon Monday and found a strange vehicle parked in her driveway.

Maria Markus, who is married to renowned photographer Kurt Markus, said she thought it might be the same burglars who came to her house two months ago and warned her husband they would return after he walked in on them.

“Who pulls their car into people’s driveways and cleans dog poop from their car?” Markus said.

She said Romero never identified himself after she blocked in his vehicle, and she said he tugged on her car doors and asked her to roll down the windows.

Markus called the police, who told her to lock her doors and remain in the vehicle.

Romero, an award-winning Pojoaque painter whose work has been featured on posters, said an officer arrived and pointed the gun at him before placing him in handcuffs.

Police said the officer pulled out the rifle and ordered Romero to the ground as part of the burglary investigation.

Romero tried to explain that his Shih Tzu, Han Solo, had relieved himself inside the SUV and that he pulled into the driveway to clean up.

Police released him after a search turned up none of the woman’s property and no evidence of a break-in was discovered.

“It appeared to be a misunderstanding,” the police report said. “Mr. Romero was understanding and polite.”

But Markus said Romero was “rude and obnoxious” and never apologized.

Watch this interview with Romero about his work posted online by Rebecca McCormick: