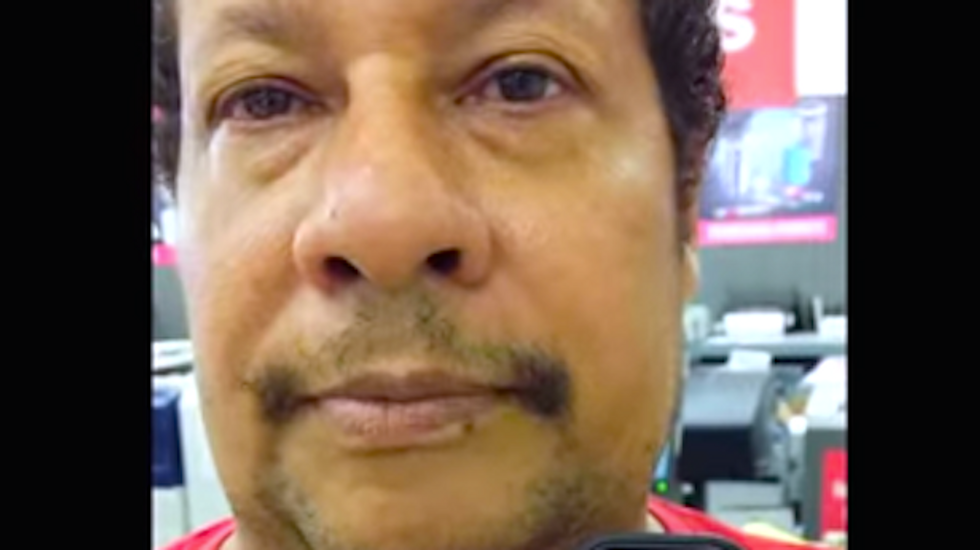 A conservative blogger in Mississippi claims to have evidence that Sen. Thad Cochran’s campaign offered $15 each to black voters in the Republican primary runoff election.

The incumbent defeated Tea Party challenger Chris McDaniel, a state senator and former talk radio host who has disputed the results of the June 24 election.

Blogger Charles C. Johnson, writing at GotNews.com, reported that Stevie Fielder, who he identified as a Meridian pastor, had text messages from Cochran’s campaign manager and another staffer discussing the vote-buying scheme.

The U.S. senator’s campaign denied the reports, reported The Clarion-Ledger, calling the accusations “baseless and false.”

"It comes from a blogger who in the last 24 hours has accused a Mississippi public official of being responsible for an individual's death and had to retract other outlandish accusations regarding another Mississippi elected official," said campaign spokesman Jordan Russell. "The author of this article admits he paid his source for the story."

McDaniel is still considering a challenge of the election results and has claimed to have evidence of 1,000 voting irregularities in just one county, although the claims has not been independently verified.

GotNews reported that Saleem Baird, a staffer for state Sen. Roger Wicker who is serving as Cochran’s minority outreach director, told Fielder he had separated the cash payments into envelopes and asked for names and addresses to distribute the payments.

Fielder told GotNews that Baird motivated “thousands” of black Democrats to vote against McDaniel by describing the Tea Party favorite as racist – but he told the blogger he should have been more skeptical of those claims.

“(Fielder) realized he had been lied to when he ‘took a good look at the campaign ads’ and realized ‘McDaniel was not a racist ... me and other people were misguided and misled,’” GotNews reported.

Fielder told the blogger that Cochran’s campaign agreed to pay him $16,000 for get-out-the-vote work but has not paid him.

"We hire a lot of people — black, white, young, old — to help with get-out-the-vote efforts," said Russell, the Cochran spokesman. "Whether you're a high school kid in northeast Jackson or a retired nurse in Greenwood, if you're out working doors for us, you get paid in cash, in an envelope. Saleem asked the guy for names and addresses for (Federal Election Commission) filing purposes. Why would you ask a guy for names and addresses if you're buying votes?"

Russell said the campaign agreed to pay Fielder $600, half up front, but he has not been paid the full amount because he failed to complete his work.

The campaign spokesman questioned the integrity of both Fielder and Johnson, who he accused of soliciting photos of Cochran’s ailing wife in her nursing home for up to $1,000.

The GotNews report describes Fielder as an associate pastor at First Missionary Church in Meridian, but a church deacon said Fielder did not hold that position at the church but was a self-proclaimed minister.

Another church member said she strongly doubted the blogger’s claims.

"Not only do I not believe any vote buying went on, I don't even know who Mr. Fielder was supposed to have taken to the polls," said Melba Clark, of First Missionary Church. "I'm not aware of any people that Mr. Fielder took to the polls or anybody having promised money to people. Yes, I think I would have heard about that."

Clark, who has long been active in Democratic politics in Lauderdale County, said Fielder has a history of shady dealings in local politics.

"Whenever an election comes around, he makes himself available to whatever party he can get to avail him," Clark said. "His reputation here is not good, and that's putting it mildly."

State House Speaker Pro tem Greg Snowden, a Meridian Republican, said he hired Fielder for campaign work in 2011 but was no longer associated with him.

"I hired the guy to help me campaign in the black community," Snowden said. "He put up signs and helped turn out the vote for me. I haven't talked to or seen him for a couple of years."

Snowden said he could tell no vote-buying occurred in Lauderdale County just by examining the results.

Russell said Cochran was considering a lawsuit against Johnson and Fielder.

"If I were these two men, who made the claims or wrote the story, I would be talking to a lawyer," Russell said. "Because we are most definitely talking to ours.”