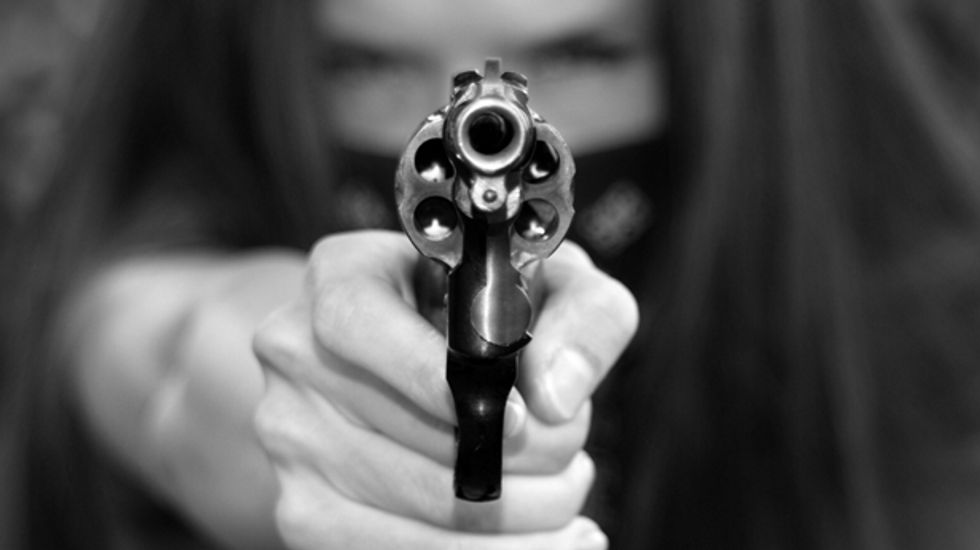 A woman in Rutherford County, Tennessee was arrested Tuesday after she allegedly brandished a gun at a man who told her to stop speeding through a Walmart parking lot.

Murfreesboro's WGNS radio reported that 37-year-old Angela Scruggs was charged with aggravated assault for reportedly pointing the weapon and telling Jason Hill that she was going to shoot.

Hill told police that Scruggs nearly struck his son when she went speeding by in her Nissan Altima. He shouted to her to "stop speeding," at which point a confrontation ensued.

Scruggs told police that she became alarmed when Hill approached her with his hands in his pockets and pulled her gun for self defense and placed it on her lap.

According to Hill, Scruggs pointed the weapon at him and threatened to shoot. When Hill said he was calling police, he said Scruggs responded, "I don't care. I got a carry permit."

She left the scene but was pulled over by Murfreesboro Police. Police confiscated a .22 caliber handgun that was entered as evidence in the case. Scruggs is due back in court in October.

[image of angry woman with gun via Shutterstock.com]