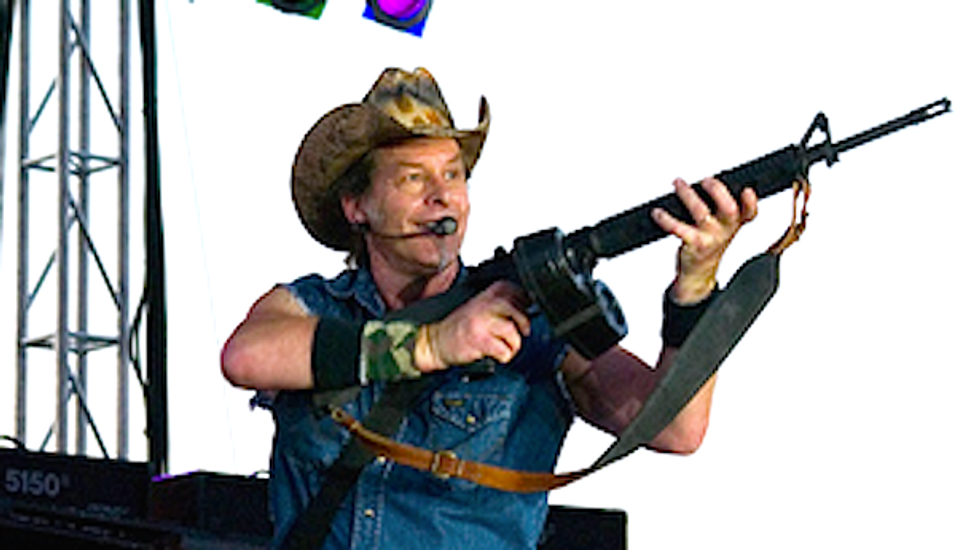 A Native American tribe called off a scheduled performance by Ted Nugent over concerns about the rocker’s history of racist and hateful statements.

Nugent had been slated to perform Aug. 4 at the Couer D’Alene Casino in Worley, Idaho, until the Southern Poverty Law Center’s Hatewatch called Monday to ask about the concert.

The Hatewatch blog reported that tribal officials “sounded completely caught off-guard” by the request for comment, but the tribe abruptly cancelled the performance later that day.

“The Coeur d’Alene Tribe has always been about human rights – for decades, we have worked individually and as a Tribe to make sure that each and every person is treated equally and with respect and dignity,” the tribe said in a statement.

The blog reported that Laura Stensgar, the executive marketing director for the casino, apparently made the decision or approved of it.

But she said after the cancellation that the tribe did not want the casino to be used as a platform for the “racist attitudes and views that Ted Nugent espouses.”

Nugent, whose hits include “Stranglehold” and “Wang Dang Sweet Poontang,” has made numerous offensive comments – many during performances, when he sometimes wears an Indian headdress.

“Unfortunately, when we booked him, we were looking at him from an entertainment perspective, as an 80s rock ‘n roller, who we thought folks might enjoy,” Stensgar said.

She and the tribe’s chairman, Chief Allan, expressed regret for booking Nugent to perform.

“We know what it’s like to be the target of hateful messages and we would never want perpetuate hate in any way,” Allen said in a statement.

A Texas town paid Nugent $16,000 not to play at its Fourth of July event this year after complaints arose over his scheduled performance.