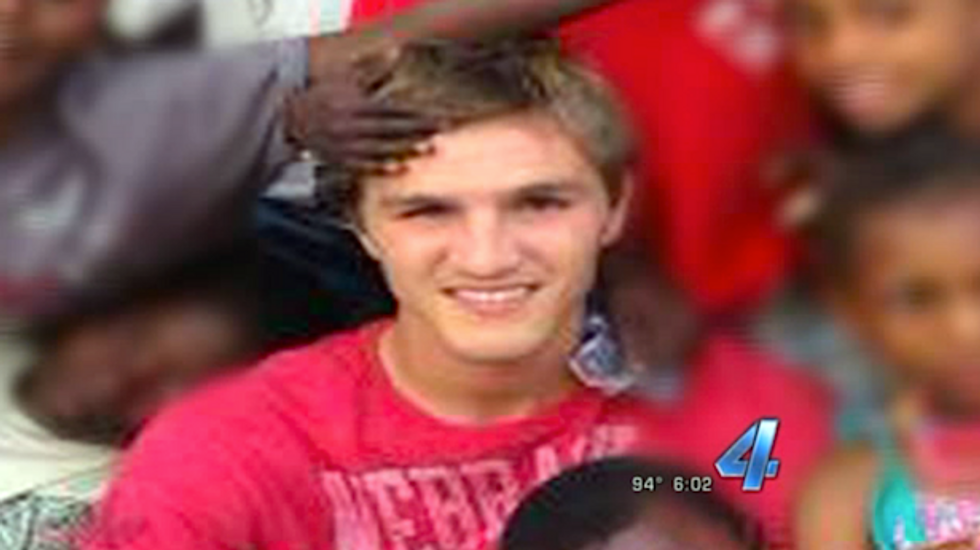 A 19-year-old Oklahoma man accused of sexually abusing children while volunteering in Kenya is blaming his actions on “pseudo-tribal psychological voodoo.”

Matthew Durham was charged Friday in federal court with four counts of traveling to engage in illicit sexual conduct, reported The Oklahoman.

The Edmond man was accused of sexually abusing up to 10 children of both sexes, between the ages of 4 and 9 years old, while volunteering this spring at Upendo Children’s Home in Nairobi.

At least one of the victims is HIV-positive, authorities said.

Durham had previously volunteered three times at the children’s home, which was founded by a couple from Edmonds and provides neglected kids with housing, clothing, education and religious instruction.

He was accused of committing the sex acts on his fourth trip, from April 30 to June 17, when he asked to stay overnight at the children’s home.

A live-in caretaker became concerned about Durham when she found him lying in bed beside them late at night or holding them in lingering embraces, authorities said.

The caretaker asked the children about Durham, reported The Edmonds Sun, and they said he had touched them in a sexual manner or told them to touch themselves while he watched.

The founder confronted Durham on June 12, and she said he denied the accusations at first but then admitted to “struggling with homosexuality and child pornography,” according to court records.

She videotaped Durham’s confessions to the sex acts on her cell phone, court records show, but the founder asked him to write down his recollections after they became unbearable to her.

“Any time I try to read the Bible or pray, this image comes to my head,” investigators said Durham told her as he described a sex act with one victim.

Durham’s attorney claims the charging documents are riddled with inaccuracies.

“The events that occurred in Kenya the last maybe five six days that Matt was there frankly reveal some sort of pseudo-tribal psychological voodoo practiced on him, including confiscating his passport, false imprisonment, keeping food from him one day, delay in allowing him to depart from the country, misleading his parents,” said attorney Steven Jones. “I don’t think Hollywood could make up what happened at this so-called orphanage.”

Jones claimed he had investigators gathering information about the case in Kenya.

“We’re finding out a lot about these people,” he said. “This place is right on the outskirts of Nairobi. It's like some cult over there.”

Court documents indicate Durham initially denied the allegations, but investigators said he later admitted he was “struggling with homosexuality and child pornography.”

Authorities said Durham wrote graphic statements describing the alleged incidents, which were then turned over to the U.S. Embassy.

Durham, who is being held without bond, faces a possible life sentence if convicted.