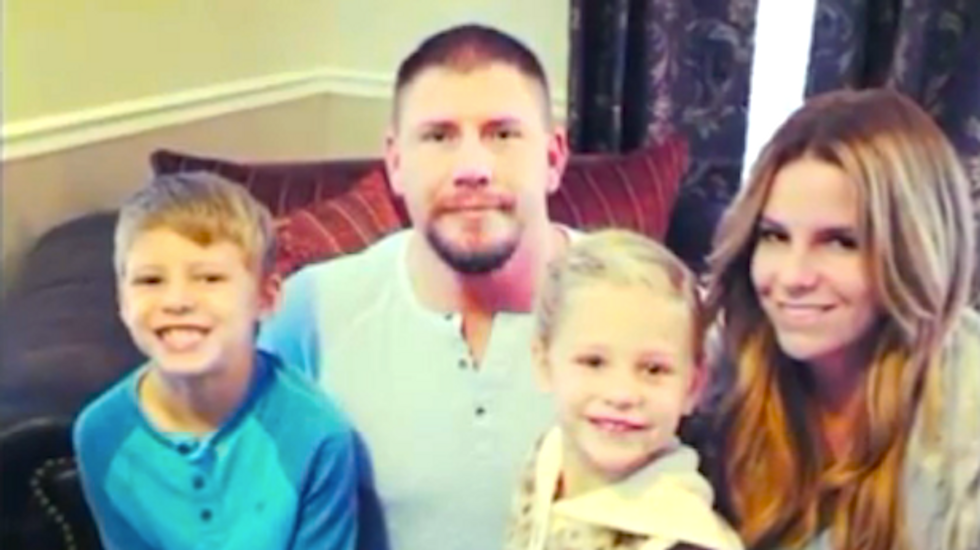 A Utah police officer who killed his family before taking his own life had drugged and raped his wife on videotape repeatedly, according to an investigation into the January murder-suicide.

Police believe Joshua Boren, a Linden police officer who previously worked as a Utah County sheriff’s deputy, used his department-issued handgun to kill his wife, children, and mother-in-law Jan. 16 in their home and then turned the gun on himself.

Investigators said Boren was a well-respected law enforcement officer considered a “teddy bear” by those who knew him, but they said the officer had a dark side he had apparently battled since childhood.

"Josh was a very troubled individual that felt like he was about to lose his wife and children," police said in their report.

Investigators reported that Boren had been sexually abused as a child, had a deep hatred for his mother, and was addicted to drugs and pornography.

Boren and his wife were both body builders, but toxicology testing found no evidence of steroids or other drugs.

"He had been abused physically, sexually and emotionally as a child, and was still upset with his mother for not protecting him from the abuse,” police said in their report. “Josh had writings that indicated he struggled with inappropriate sexual activity as a minor and into his adulthood. They also indicate Josh has a history of drug abuse. The writings seem to corroborate the allegation that he had drugged and raped Kelly.”

Several friends of Boren and his wife, including a therapist he saw in an effort to save his marriage, told investigators that Joshua Boren had drugged his wife with Ambien and videotaped himself raping her while she was unconscious.

Police said the officer did this four or five times over two years, although no video recordings from these attacks were ever discovered.

The couple engaged in a heated argument through text messages the night before the slayings and apparently agreed to end their eight-year marriage.

"You (expletive) drugged and raped me," Kelly Boren wrote, followed by four more texts repeating only the word "raped,” the report said. "I hate my life because (of) you. You killed a part of me."

The texting argument continued the following morning, but they later came to an agreement that Josh Boren would pick up their children and drop them off later at her home.

He googled the terms "America's most brutal serial killers" and "narcissism” shortly before his shift ended with the police department and then sent his final text message, to his mother: "I hope you are having a good day. Have a long and healthy life."

Police said he then went to his wife’s home, where he killed Kelly Boren, their two children and placed their bodies side-by-side on a bed, lay down, and took his own life. His mother-in-law’s body was found in another room.

Linden Police Chief Cody Cullimore said he had not read the final report, but he said police recruits are given mental health screenings before they’re hired and undergo background checks.

He was aware of Boren’s heavy teenage drug use -- which included methamphetamine, psychedelics, marijuana, and cocaine -- but he said each hire is evaluated on a case-by-case basis.

After officers are hired, no regular mental health checkups are made available, although a fellow officer encouraged Boren to undergo a screening for a possible mental illness.

"Josh told (the officer) there was someone else that lived inside of him," the report states.