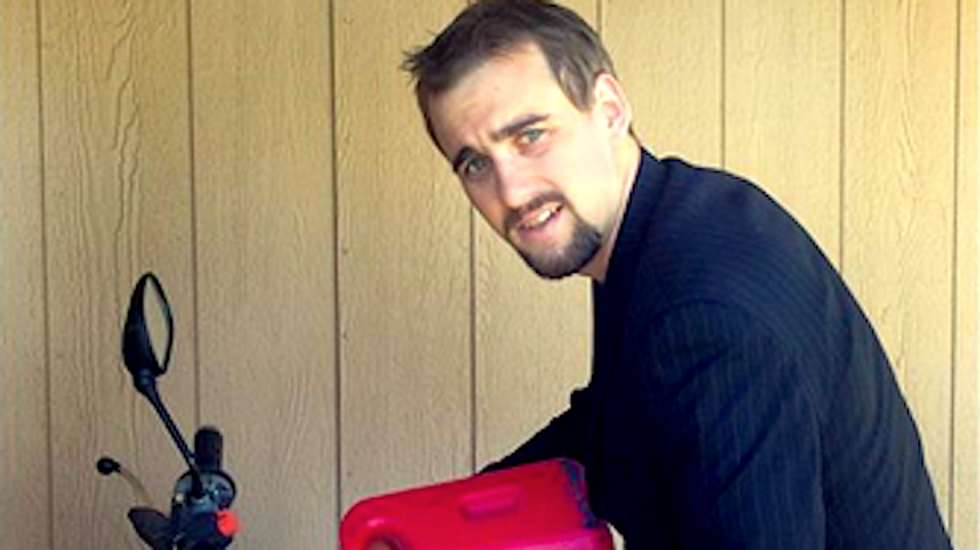 A libertarian video activist running as a Republican for Congress bragged that he had been to the Bundy ranch during a candidate forum last week.

Gavin Seim, who has posted video encounters between himself and law enforcement -- including an incident that resulted in disciplinary action last year for a Boise police officer – is running for the congressional seat vacated by retiring Rep. Doc Hastings (R-Pasco).

He said the 10th Amendment sharply limited the federal government’s powers, although the U.S. government has claimed ownership of western lands since before the Constitution was ratified and did not generally turn over those lands to state control upon entry to the Union.

“I was down at the Bundy ranch when the federal government almost opened fire, almost started the Second American Revolution,” Seim said. “Over what? A tortoise grazing?”

The Bureau of Land Management began rounding up some of Nevada rancher Cliven Bundy’s cattle in April, after warning him for more than 15 years that agents would do so over unpaid grazing fees on federally owned land.

“They were down there violating the law,” Seim said of federal agents. “It wasn’t about grazing or water; it was about criminals in government trying to exert their tyranny over ‘we the people.’”

The standoff between federal authorities and militia members gathered at the ranch was heavily promoted by mainstream conservative lawmakers and pundits until the rancher was quoted at length arguing that black Americans were better off as slaves.

Most mainstream supporters quickly backed away from Bundy, although Seim wrote a blog post on his campaign site defending the rancher and his remarks.

"Nothing screams racism louder than someone who constantly screams racism," Seim said. "It has become the war cry of hypocrites, media charlatans, and corrupt politicians looking to manipulate the uninformed. You see only someone with a fundamental disrespect for others works to keep races divided, poor dependent on social programs and the sick looking to government."

He said some counties and states had enacted measures aimed at cutting BLM authority, and the candidate said that agency and the Environmental Protection Agency should possibly be eliminated altogether.

“Why are we letting the government take our valuable resources and manage them and control them and sell them back to us?” Seim said. “Why don’t we say, ‘Wait a minute – those are ours. If you want some, you can come buy them from us. Now get out of our state and start following the law.’”

Seim has recently been involved in dispute with city officials in Moses Lake, Washington, over local ordinances regarding campaign signs.

The candidate claims police and officials there violated his First Amendment rights by removing campaign signs he posted on public property.

The town’s mayor said the City Council enacted an ordinance in 2010 requiring candidates to sign an agreement to maintain signs posted on public property, and he said 12 other candidates have agreed to do so.

But Seim claims he was targeted for his political message, and he has videotaped confrontations between himself and officials who objected to being recorded.

“This goes far beyond signs,” Seim said in a Facebook post. “It's about maintaining the rule of law and liberty in our communities and holding officials accountable. No government body gets to make up rules willy-nilly with no accountability. Such behavior is anarchy against the people, our Constitution, our elections, and the process by which lawful legislation must be made.”

Seim refuses to sign the agreement but will continue to post signs to protest the policy's "lawlessness."

Watch video from the event posted online by Kelly Ryan: