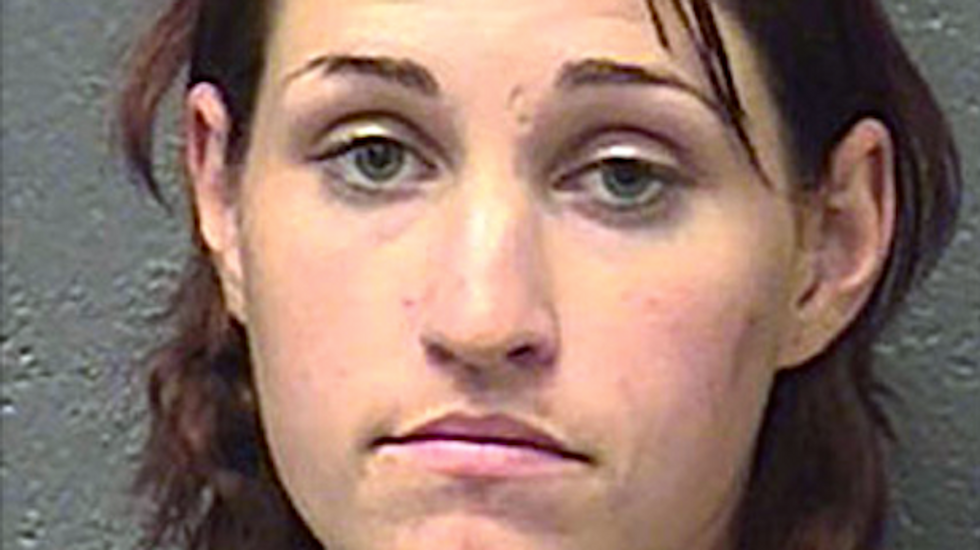 A white supremacist offered a wide-ranging apology as a federal judge sentenced her Tuesday to life in prison for a 2011 killing spree.

Holly Grigsby faced the grieving family members of her victims and claimed “the desperation in my heart” caused her to take part with her husband in the murders of four people in three states.

Then she apologized to other white supremacists, reported The Oregonian.

"My actions have further damaged the reputation of a movement misunderstood," she said. "I deeply regret this. Although I had nothing but the best of intentions, the bridge to Valhalla is not paved with good intentions.”

The 27-year-old Grigsby, who embraced white supremacist ideology at about 13, pleaded guilty in March to one count of racketeering and other offenses in connection with the crime spree.

She wrote a fatalistic letter at that time to the co-founder of a white supremacist group.

"Maybe when we meet up in the hall of the slain we can swap some art over some mead," Grigsby wrote in the September 2011 letter. "Look forward to hearing from you some how (sic) and if racial preservation calls for my death before we get to know each other, then I will see you at our ultimate destination."

They traveled from the Portland area to Washington state, where they spent several days with Pederson’s father and stepmother.

Pederson believed his father, David “Red” Pederson, was a child molester and degenerate unworthy of the white race, and the couple also thought they could use his car, credit cards, and weapons in their anti-Semitic revolution.

Prosecutors said Pederson used a handgun given to him by a friend to shoot his father in the back of the head as he drove them to a bus station.

The couple then went back to Pederson’s father’s house, bound Leslie “Dee Dee” Pederson and stabbed her with dull knives, although prosecutors still aren’t sure which one of the pair killed the stepmother.

They drove to eastern Oregon, where they ditched Red Pederson’s car and got a ride from 19-year-old Cody Myers, who they then carjacked and killed.

The couple continued on to California, where they asked several people for a ride at a Eureka grocery store.

Reginald Clark, 53, agreed to help them, and they shot him in the head because he was a “Negro degenerate,” prosecutors said.

Clark's truck, however, did not have a permanent license plate, so the couple continued driving Myers’ car.

They were arrested the day after Clark’s killing in California.

Pederson pleaded guilty in April to two counts of carjacking resulting in death, and he will be sentenced Aug. 4.