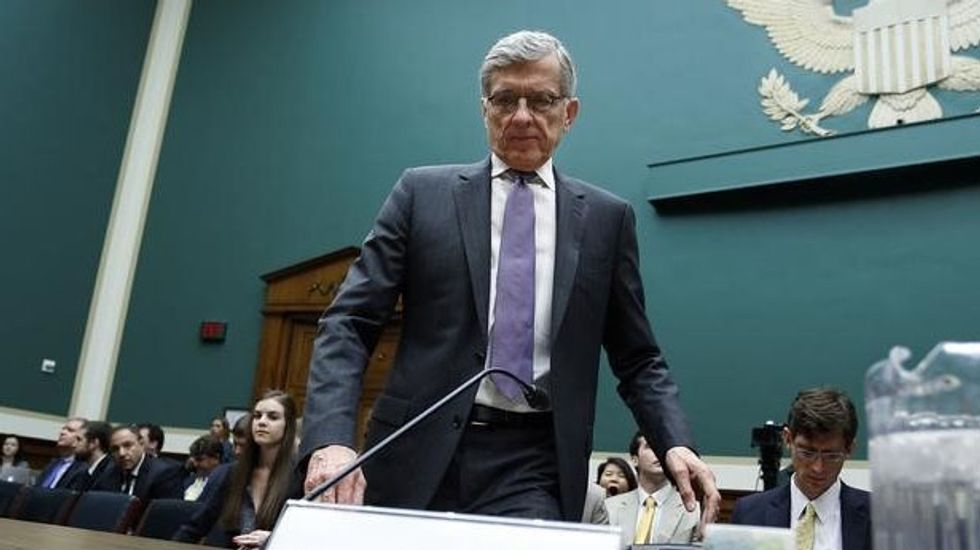 The FCC will continue collecting comments, made in response to these first submissions, until Sept. 10 as it weighs how best to regulate the way Internet service providers (ISPs) manage web traffic crossing their networks. FCC Chairman Tom Wheeler proposed new rules in April after a federal court struck down the FCC's previous version of such rules in January.

The FCC's draft rules propose banning ISPs from blocking users' access to websites or applications but allowing some "commercially reasonable" deals between content providers and ISPs to prioritize delivery of some web traffic.

Though Wheeler has insisted the FCC would carefully guard against abuse of the rules to hurt competition or consumers, the proposal drew ire from public interest groups and large web companies that say it would result in faster download speeds for some content at the expense of other content, which would inevitably be relegated to "slow lanes."

As the push against paid-prioritization spread across the web, thousands wrote to the FCC and the proposal has now attracted one of the biggest responses in the FCC's history, nearing the record 1.4 million comments the regulators received after the 2004 Super Bowl broadcast that exposed viewers to a glimpse of singer Janet Jackson's breast.

"Net neutrality, the principle that (ISPs) treat all data that travels over their networks equally, is important to me because without it ISPs could have too much power to determine my Internet experience by providing better access to some services but not others."

Consumer advocates and some web companies, including online video services Netflix Inc and Vimeo, want to reclassify ISPs as telecommunications services and regulate them more like public utilities - an idea rejected by the ISPs and by Republicans both in Congress and at the FCC.

Experts disagree on whether or how reclassification would effectively prevent pay-for-priority deals. Wheeler has not proposed reclassification as the solution, but has not taken it off the table as a potential route.

The National Cable and Telecommunications Association, AT&T Inc, Verizon Communications Inc and Comcast Corp wrote to the FCC in opposition of reclassification, saying the "radical" move would impose arcane rules on the quickly changing marketplace and may raise costs for supporting already expensive network infrastructure. They say they have no plans to create any "slow lanes."

AT&T, though, said the FCC could ban paid prioritization without reclassifying ISPs. It is unclear how the approach would stand up in court. Verizon and Comcast supported the "commercially reasonable" standard.

Cable trade group came out in support of setting the same net neutrality rules for wireless and fixed broadband, something long urged by consumer advocates and recently also backed by large web companies.