Armed 90-year-old TX woman arrested after SWAT stand-off: 'She's hard to get along with' 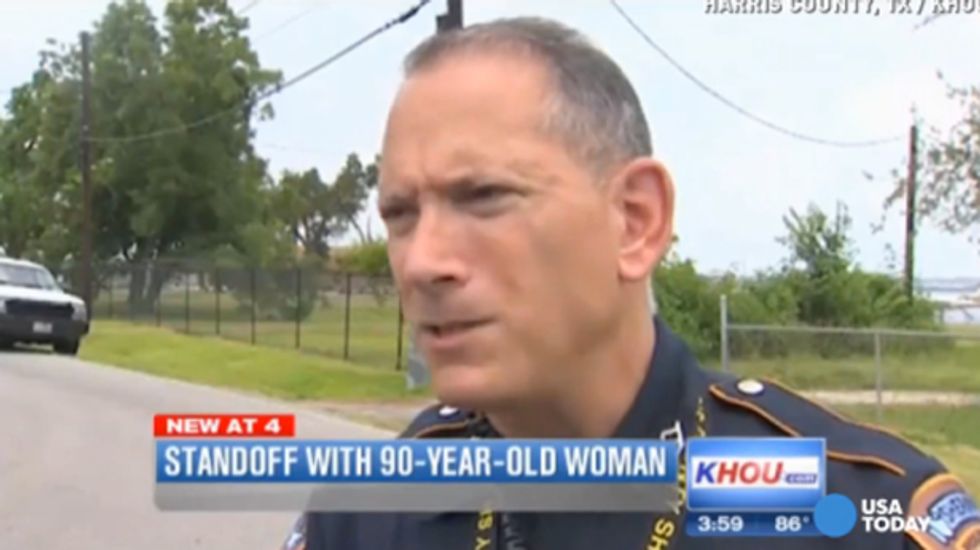 A 90-year-old Texas women was arrested Thursday after a SWAT team was called out when she threatened local construction workers with a loaded shotgun.

Eleouise Adcock of Channelview, Texas, was taken into custody after her complaints about construction noise escalated to the point where she pointed a shotgun at constructions workers working nearby, according to WVEC.

According to neighbor Ralph King, ""I knew she was going to be on the news eventually."

After receiving a call, police say the first officer to respond discovered Adcock pointing her weapon at the workers which she then pointed it at the deputy. More officers, and then a SWAT team, were called in, leading to a standoff of over an hour. Eventually officers were able to take the woman into custody.

According to construction workers, it was not the first time she pointed a gun at them.

Neighbors say that Adcock has been upset about construction in her neighborhood for some time, as well as pressure to sell the home she has lived in for 46 years.

"She just doesn't want to sell," said King. "Her husband built that house. That's where she wants to stay."

Adcock was taken away by ambulance with authorities stating that she would be undergoing  a mental health evaluation.

No charges are expected to be filed.

Watch the video below provided by KHOU: