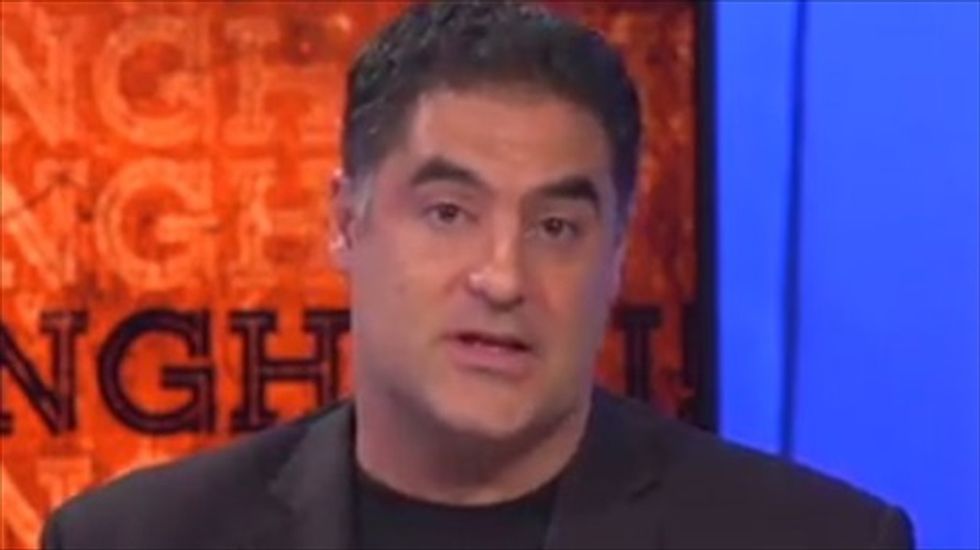 The phrase "better late than never" can not apply, Young Turks host Cenk Uygur said on Friday, to the New York Times' recent decision to begin using the word "torture" to refer to U.S. interrogations against terrorism suspects.

"We expect better from the New York Times," Uygur said before referring to media coverage of the U.S. war against Iraq. "Television was a disaster. Everybody was cheerleading, literally waving the flag in all their graphics, but we expect television to be fairly dumb. We expect them to bow their heads as part of the huge conglomerates that they are. At the time, NBC is owned by GE, which is a defense contractor, and it goes on and on and on."

The Times' executive editor, Dean Baquet said in a column published on Thursday that his reporters and editors had "revisited the issue" of torture in the wake of covering a Senate investigation criticizing the Central Intelligence Agency's use of "enhanced interrogation" techniques. The report became a source of conflict between the agency and Senate investigators.

"The result is that today, the debate is focused less on whether the methods violated a statute or treaty provision and more on whether they worked -- that is, whether they generated useful information that the government could not otherwise have obtained from prisoners," Baquet wrote. "In that context, the disputed legal meaning of the word 'torture' is secondary to the common meaning: the intentional infliction of pain to make someone talk."

But on Friday, Uygur pointed out that the Times did not "recalibrate" its use of terminology until after President Barack Obama admitted that the CIA "tortured some folks." Before that, Uygur said, the newspaper fell in line with the government narrative under Obama's predecessor, George W. Bush, justifying the war.

"What did they do? They put Judy Miller's nonsense on page A-1, headline after headline -- 'Weapons of mass destruction, oh my God they're coming, mushroom clouds, etcetera," Uygur said. "But they had some decent articles that were buried -- I remember Ben [Mankiewicz] and I covered it as it was happening -- in page A-17 and A-27 about, 'You know, are those tubes really for weapons? It turns out no, not really.'"

Uygur also chided the newspaper for not doing enough to dispel the common misperception that then-Iraqi leader Saddam Hussein was associated with the 9/11 attacks.

"If you're the paper of record, and you are part of that great misinformation, at least you had the obligation to call what we did afterwards torture when it was clearly torture," he said. "But you didn't, and you were scared, and you bowed your head to the government."

Watch Uygur's commentary, as posted online on Friday, below.