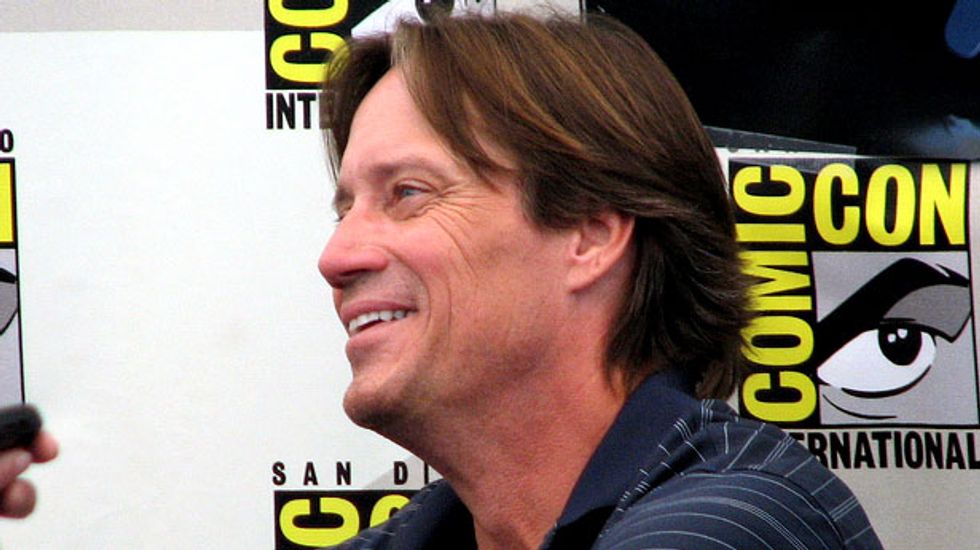 An upcoming fictional film on chemtrails may feature portions of an actual hearing held by an Arizona lawmaker on the conspiracy theory.

Writer and director Steve Wargo shot portions of “Poison Sky,” which stars actor Kevin Sorbo, in Prescott and brought along a film crew to the June public forum on chemtrails in Mojave County, reported Havasu News.

The forum was hosted in June by state Sen. Kelli Ward, who asked officials from the Arizona Department of Environmental Quality to address public concerns over vapor trails left by planes that some believe contain harmful chemicals.

According to conspiracy theorists, the government uses the chemicals to alter weather patterns, manipulate the population, or some other sinister purposes.

They argue that water-based contrails quickly dissipate, so vapor trails that linger in the sky must contain other chemicals that are added by government agents.

Wargo said he may include scenes from the public forum, where residents complained they were being “sprayed like bugs and it’s not OK,” in the final version of his film – and that’s just fine with Ward.

“There's plenty of fictional movies that utilize real clips,” the lawmaker said. “They didn't ask permission to use me in the film, but it was a public meeting. I guess they can use whatever they want.”

The Tempe-based director said no actors were placed in the audience during the public forum.

Wargo wrote the screenplay for the movie in 2001, but he said budget issues and negative feedback kept him from production.

But he said belief in chemtrails has become more mainstream in recent years, with candidates and elected officials raising concerns about the conspiracy theory and media outlets covering the issue.

A short video clip posted earlier this year on YouTube purported to show a pilot landing before turning off the plane’s chemtrails, and the 40-second video was widely shared across social media and introduced many to the conspiracy theory.

Although adherents to the conspiracy theory are unable to agree why the government would spray the chemical or biological agents, most agree chemtrails are causing serious health problems – including cancer and the growth of microscopic fibers through the skin -- to those on the ground.

The conspiracy theory gained acceptance in the mid-1990s, with the publication of an Air University paper on the hypothetical study on controlling and weaponing weather patterns.

Adherents cite anecdotal observations about the weather or note an apparent increase in visible contrails to support their claims, which require a disregard for scientific and environmental conditions that create condensation trails and the demonstrable uptick in air traffic.

“What we're doing is a dramatic film, not a documentary,” Wargo said. “What we hope to convey to the public is doctors dismiss (chemtrails), and the government or whoever is behind this is not being honest. I just want people to look up in the sky and see that it's not like it used to be.”

Wargo said he’s working with just a $45,000 budget, but he was able to land Sorbo – who is best known for his role in TV’s “Hercules: The Legendary Journeys” from two decades ago and the recent “God’s Not Dead” film – to play a Norwegian shipping magnate who sells chemicals to the U.S. government.

The director said he hopes to complete filming the movie later this month after shooting a scene that involves a C-130 military plane.