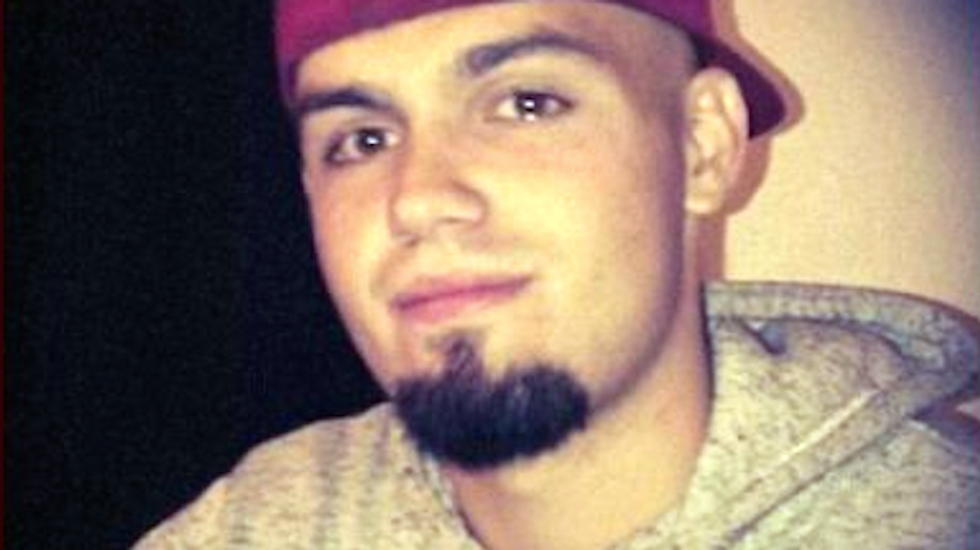 Police shot and killed a 20-year-old Monday who was wanted for probation violation, but the man’s brother said he was wearing headphones and could not hear officers’ orders.

Officers were called about 7 p.m. to a 7-Eleven store in Salt Lake City after witnesses reported a man waving a gun around.

Dillon Taylor was walking out of the convenience store with his brother and cousin when officers arrived, and police said Taylor matched a description of the suspect.

Three officers said they ordered Taylor to reveal his hands, but they said he ignored their commands and was “visibly upset.”

Taylor was then shot by police and was pronounced dead at the scene.

His brother said Taylor was wearing headphones and did not hear the officers until they surrounded him.

"He couldn’t hear them, so he just kept walking," said Jerrail Taylor. "(Then) they had guns pointed at his face. That’s when he turned off the music. I saw them point guns at my brother’s face, and I knew what was going to happen."

One officer told Dillon Taylor to get on the ground, but another told him to place his hands on top of his head.

"He got confused, he went to pull up his pants to get on the ground, and they shot him," Jerrail Taylor said.

Police have not said whether Taylor was armed at the time, but his brother insists he didn’t have a gun.

"All this complaining about one of us having a gun, I'm kind of lost at because none of us had a gun," said Jerrail Taylor.

A warrant was issued last week for Dillon Taylor, who said on his Facebook page that he did not want to go back to jail.

"I feel my time is coming soon, my nightmears are telling me,” he posted. “im gonna have warrnts out for my arrest soon. ALL my family has turned and snitched on me. ill die before I go do a lot of time in a cell," he wrote. "I feel like god cant even save me on this one ... this time coming its me and the demons im fighting."

But police said officers did not likely know who Taylor was or that he was wanted on an open warrant.

Investigators disputed a witness claim that Taylor apparently tried to run away from police.

"There's not any initial indication that he was necessarily fleeing," said Sgt. Darin Sweeten, of Salt Lake City police. "He was not complying with the officers' orders that they were giving him. It still needs to be investigated."

Taylor pleaded guilty in 2012 to robbery and obstructing justice after he and another person stole a tip jar from a restaurant and then a 30-pack of beer about an hour later.

Taylor, whose fiancée was three months pregnant at the time of his death, served about 14 months in the Salt Lake County Jail in connection with those cases.

The officers involved in the shooting have been placed on administrative leave during the investigation.