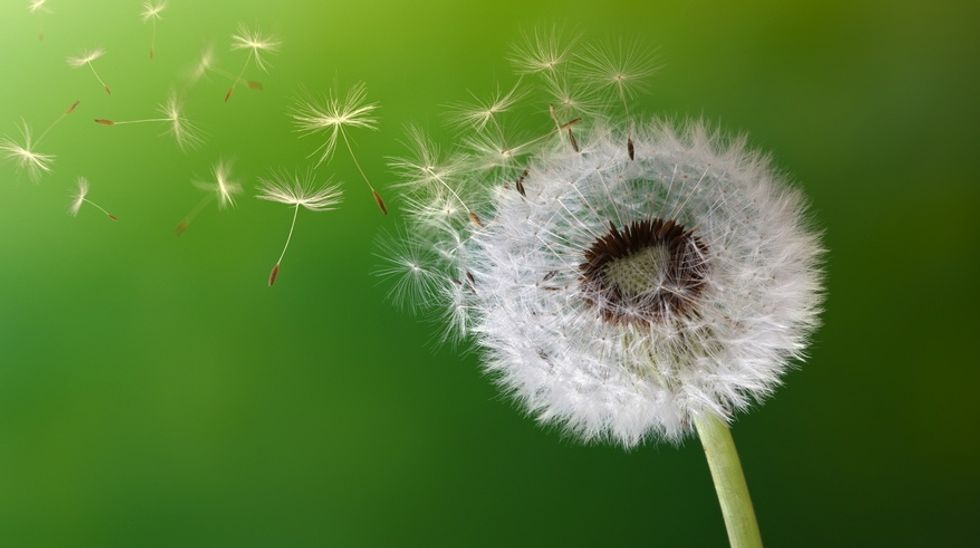 Dutch biologist Ingrid van der Meer often meets with disbelief when she talks about her work on dandelions and how it could secure the future of road transport.

The reaction is understandable, given most people regard the yellow flowers as pesky intruders in their gardens rather than a promising source of rubber for tires.

"People just think of it as a horrible weed and ask how can you get enough material for tires from just a small root," she said.

Her research team is competing with others across the world to breed a type of dandelion native to Kazakhstan whose taproot yields a milky fluid with tire-grade rubber particles in it.

Global tire makers such as industry leader Bridgestone Corp and No.4 player Continental AG believe they are in for rich pickings and are backing such research to the tune of millions of dollars.

Early signs are good. A small-scale trial by a U.S. research team found the dandelions delivered per-hectare rubber yields on a par with the best rubber-tree plantations in tropical Asia.

So within a decade, rather than being a backyard bane like their wild cousins, the new flowers might be seen in neat rows in hundreds of thousands of acres across Europe and the United States, where they can grow even in poor soil.

And they could have some interesting modifications. For instance, German researchers have bred the plants to grow to up to a foot (30 cm) in height, dwarfing many of their backyard cousins. They are also developing the dandelions with upright rather than flat-growing leaves -- just so harvesting machines have something to grab on to.

The tire industry, which consumes about two-thirds of the world's natural rubber, has long felt uneasy about its complete reliance on rubber-tree tapping in a handful of Southeast Asian nations which account for most of the $25 billion in annual natural-rubber output.

More than 100 years since the invention of synthetic rubber from petrochemicals, global road and air traffic still depends on the unique properties of plant-based rubber -- which to date cannot be replicated by the man-made material.

Passenger car tires need to have 10-40 percent natural rubber content to allow them to stay flexible at low temperatures and to keep tiny cracks from growing. Truck and aircraft tires need an even higher percentage.

Tire makers' worst fear is that an uncontrollable fungus that has choked all attempts to run plantations in Brazil -- where the rubber tree originates -- might one day wreak havoc in Southeast Asia.

The volatility of the rubber market has added urgency to the search for alternative crops. Rubber prices surged to a record high of more than $6 per kg in early 2011 - when weather-related supply shortages in Southeast Asia coincided with strong demand growth and speculative rubber traders betting on further gains.

But prices slumped to multi-year lows of $2 this year on expectations of slowing economic growth in China, the world's largest rubber market.

The volatility has been compounded by the fact that it takes about seven years to develop a new plantation and, during this development process, farmers tend to react to price changes by increasing or cutting their acreage.

Chuck Yurkovich, head of research and development at Cooper Tire & Rubber Co , which collaborates with Bridgestone in an Ohio-based dandelion project, said: "We would hopefully have a steady supply of a good natural rubber substitute at consistent prices to take us out of the wild swing in cost."

Any impact on prices would have huge implications for tire firms. Natural rubber accounted for about a third of raw material costs at the world's second-largest tire maker Michelin last year, for example, and almost a quarter at smaller peer Pirelli, say analysts at Credit Suisse.

Another concern about the current market is that rubber-supplying countries, led by Thailand and Indonesia, will not have the acreage to keep up with long-term growth in tire demand. Credit Suisse analysts put demand growth rates at close to 4 percent annually over the next four years.

Tire makers took a lesson from history in the search for a home-grown feedstock.

When trade with Asia collapsed during the Second World War, the Kazakh dandelion, also called Russian dandelion, was cultivated in the United States, Europe and Soviet Union for an emergency supply of rubber despite meager yields.

After the war, however, trade links were restored and companies returned to the more cost-efficient Asian plantations.

It has only been in recent years that dandelions have been re-examined, given the fungus fears and price volatility and also advances in bioengineering that many believe have made the flowers an economically viable source of rubber.

The rediscovery began around 2007, when a team of researchers at Ohio State University started exploring dandelion and guayule, a desert shrub native to the southwest United States and Mexico. They were joined by Bridgestone and Cooper Tire in a project called PENRA.

An EU-backed rubber initiative based in the Netherlands followed suit in 2008 and van der Meer's follow-up project has India's Apollo Tyres Ltd and Czech tractor tire maker Mitas a.s. as commercial partners. There is also a German group supported by Continental AG.

The U.S. researchers are pursuing both genetic modification and conventional breeding to domesticate the wild flower, while their European counterparts are focusing on the latter, claiming that modern precision breeding can do the job.

"The sugar beet gives you a good idea of what is possible. The taproot is enormous but if you look at the wild ancestor, the beetroot is only as thick as your finger," van der Meer said. Working at the Wageningen university and research center, she coordinates the EU project, known as DRIVE4EU.

All contenders in the dandelion quest say that getting the farming right is as important as mastering the genetics. The challenges start with putting the seeds into the ground and they don't stop there.

"We had to find out that lots of things eat dandelions seeds in the field -- ants, earthworms, mice," said Katrina Cornish, the Ohio team's research director.

One way to try to prevent this is to put a protective cover of clay around the seeds. Another option is to scatter sterilized Kentucky bluegrass seeds along with the dandelion seeds to tempt predators into eating them instead.

At the end of the seven-year U.S. program in 2020, Cornish's team aims to have drawn up a detailed business plan and beginners' guide for future dandelion farmers, complete with instructions on how to fertilize, irrigate and harvest.

In a small plot trial, her team says it has achieved what would be annual per-hectare yields of more than 1,500 kg of rubber with just the second generation of dandelions, on a level with the best Asian tree plantations.

But that was under ideal conditions and has yet to be replicated on a farm-size scale. Her team is now in the process of harvesting eight acres of new dandelions planted last year.

In Germany, lead researcher Dirk Pruefer with the university of Muenster and state-backed research institute Fraunhofer, said the breeders with his project had achieved yields of up to 500 kg per hectare in the open field and are pushing for 1,000 kg.

Pruefer says calculations have shown that with the targeted yield of about 1,000 kg, land the size of Austria would be required to meet the entire global demand for natural rubber just from dandelions.

But far from hoping that the rubber tree can be replaced, tire makers would be happy with even a complementary source.

The dandelion researchers are tight-lipped when it comes to disclosing how they process the harvest into a usable feedstock. One approach is to cut off the taproots and grind them into a pulp with the addition of some water. Further processing steps yield solid blocks of natural rubber.

The experimental rubber was shown on the test track to be on par with conventional natural rubber but it will take some more years of development even after the ongoing projects end before the first dandelion tires come to market.

The University of Ohio's Cornish said she sees no shortage of farmers ready to seize the opportunity in the U.S. state. The typical reaction to her work is -- "When can I start growing it?"

[Image: Dandelion seeds in the morning sunlight blowing away across a fresh green background via Shutterstock]