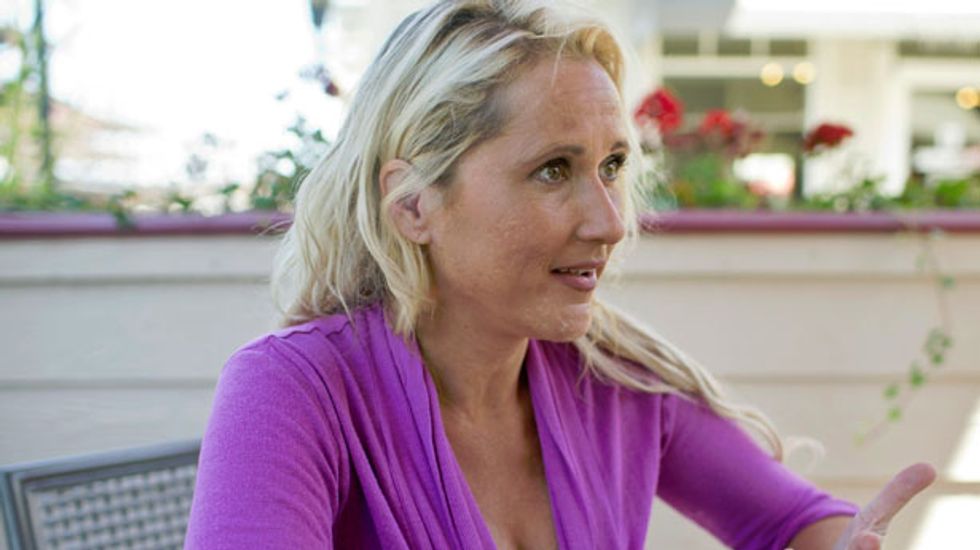 SAN FRANCISCO (Reuters) - When she started her child-support tracking business SupportPay, Sheri Atwood expected all kinds of suggestions - but not the tip she got from a female investor who suggested she dye her blonde hair darker to be taken more seriously by venture capitalists.

To Atwood, who eventually won her funding from other backers, the recommendation underscored an attitude in Silicon Valley that women make second-class entrepreneurs. If more women held the purse strings at venture capital firms, the attitude would change, she said.

Despite the lip service Silicon Valley has given over the past couple of years to the need to recruit more women venture capitalists, at senior levels the industry’s gender balance hasn’t budged, even as other industries with poor gender diversity show improvements.

The issue matters because women venture capitalists have a direct effect on the success of companies other women launch, say female entrepreneurs, including serving as role models and being more likely to spy potential in businesses that target other women.

About 4 percent of senior investing partners in U.S. venture capital are women, according to data from Pitchbook, a consulting firm. That is down slightly from 5 percent in 2010, and about even with 2008.

The numbers compare to 15 percent of executive officers at Fortune 500 companies, 24 percent of tenured faculty at U.S. business schools, and 20 percent of the U.S. Senate - all areas that have shown gains for gender parity in recent years while venture capital has stagnated.

A leading ranking of venture capitalists, the Forbes Midas List, noted just four women on its latest list of top 100 venture investors. A few years ago, five women typically made the list each year. And despite much discussion over the need to improve gender balance over the past few years, many of the top firms still have no senior women partners at all.

Some Silicon Valley women shy away from openly discussing the shortage and the climate for women, believing their comments would peg them as whiners and cut them out of deals in the case of venture capitalists, or funding in the case of entrepreneurs.

Among firms that Forbes ranked as top because they provided multiple partners to its Midas List, only one, Kleiner Perkins Caufield & Byers, appears to have more senior female investing partners in the United States compared with five years ago.

Kleiner has two women listed as lead partners in its most recent funds. It is battling a lawsuit brought by former partner Ellen Pao, who alleges harassment and discrimination. Kleiner denies the accusations.

Kleiner declined to comment, but in a blog post two years ago partner John Doerr said his firm was one of the most diverse in terms of gender, age and ethnicity.

Another venture capital firm, DFJ, has one senior woman in the United States, the same as five years ago. DFJ said it believed "a diverse group of people makes better decisions, both within our industry and the companies we fund." Accel, which declined to comment, has no senior women investors in the United States, although it had one previously.

"No excuses," said a Sequoia spokesman. "We need to do better and we're pursuing a number of initiatives to help." Sequoia funds groups such as Girls Who Code, which teaches young women computer programming. Many venture capitalists say a lack of women in technology exacerbates the shortfall in venture.

Bessemer partner Ed Colloton said the firm believed in developing talent internally and had "a strong pipeline of future female partners" on the current team. A Greylock spokeswoman said the firm has discussed how to improve the situation, including backing startups with diverse executives in hope of cultivating a more diverse next-generation group of venture capitalists.

A spokeswoman for NEA said it was “focused on having a strong bench that will result in a more diverse GP (general partner) group over time.”

The paucity of senior women VCs exists at a time when difficulties facing women in technology have hit the headlines.

Examples include statistics showing low numbers of women at companies such as Facebook and Google; a lawsuit by a female founder of dating app Tinder alleging she was pushed aside; and three suits brought by female employees at venture firms alleging harassment or discrimination, or sometimes both.

Despite the lawsuits, female venture capitalists say, the troubles in venture generally lean to the subtle, such as leaving women out of key meetings or social gatherings.

Even if they lack women in investment roles, which carry the most prestige, many firms have senior partners in operational roles such as marketing and finance, and many back female-founded companies.

“I am quite optimistic about women in venture,” said Benchmark’s Gurley, who while he has no female investing colleagues himself named Ruby Lu at DCM, Jenny Lee at GGV, and Rebecca Lynn at Canvas as “fantastic” investors.

Other accomplished female investors include Mary Meeker and Beth Seidenberg of Kleiner Perkins; and Theresia Gouw, formerly of Accel Partners and now head of her own firm, Aspect Ventures.

Many venture capitalists, both women and men, say that a big part of the problem lies in the educational and career paths many women have opted to pursue at a time when many firms seek VCs with technical backgrounds.

The percentages of women majoring in engineering, computer science and math have declined over the last decade, to 19 percent, 18 percent, and 43 percent of all students majoring in each of those fields respectively, according to the National Science Foundation.

The percentage of female entrepreneurs has stagnated since the early 1980s at around 27 percent, says Ross Levine, a professor at the Haas School of Business at the University of California, Berkeley.

“You have to say, ‘Where are the women in computer science?’” said Ann Winblad, a founding partner at Hummer Winblad, who added that her firm hires partners largely from the group of company founders it has backed.

Top firms especially tend to lack senior women, leading to comparisons with “Mad Men,” the TV show about 1960s-era advertising where men dominate. Benchmark and Sequoia, for example, employ no women in any investing capacity in the United States.

Most firms do the bulk of their investing in the United States, but some of them say their numbers would be better if overseas offices were included. Sequoia employs female managing directors in China, for example.

Another issue is that top firms enjoy spectacular investing results, leading to little pressure from their own investors -known as limited partners - to change things, the LPs say.

“At the end of the day, it does come down to returns, and their network,” said Atul Rustgi, a principal at Accolade Partners, a limited partner whose portfolio includes leading venture firms such as Accel and Andreessen Horowitz. Accolade raises the gender issue with its portfolio firms, but “how much pressure you can exert is a whole different matter,” he said.

Judy O’Brien, a five-time Midas List venture capitalist who is now a partner at law firm King & Spalding, says, learning the ropes without a female mentor can be tough. “You don’t quite know how to conduct yourself in a senior position,” for example, establishing stature in a meeting.

Many women say they did not initially aspire to become a venture capitalist and needed someone to nudge them into the business.

Aileen Lee, a onetime engineering major who stepped back from Kleiner Perkins two years ago to start her own firm, Cowboy Ventures, spoke in April about her career in a speech at Upward, a women’s organization founded by Lisa Lambert of Intel Capital.

It took Kleiner Perkins reaching out to her while she was an executive at Gap, the retailer, before she even considered the industry. The men she had known at Harvard Business School who aspired to venture capital seemed worlds away. Drawing laughs, she pegged them as preppie squash players and overly ambitious briefcase toters.