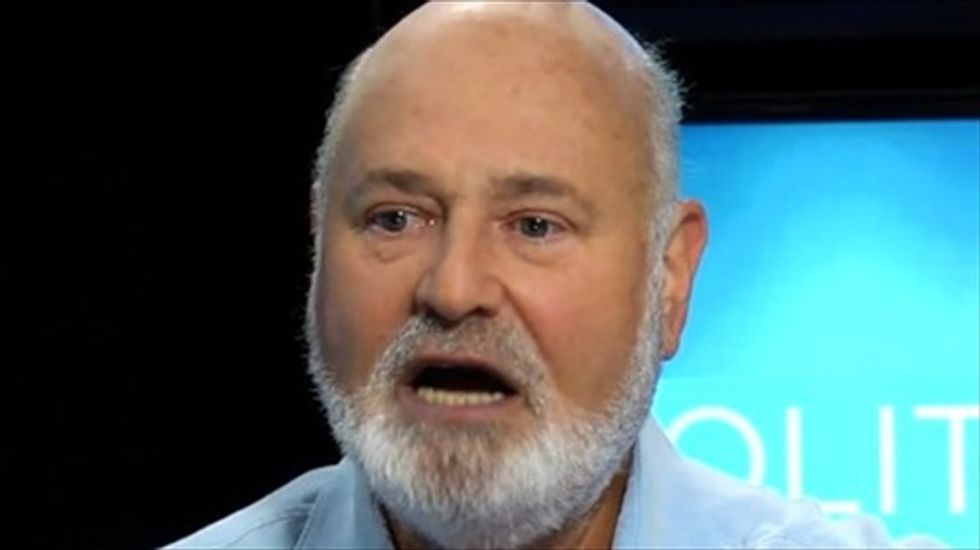 "The Palestinians turned down the ability to have their own state in 1948 when Israel was formed, so clearly, Hamas, and again, the virulent faction of a really strong fundamental group can control everything," Reiner told King. "You look at the Congress right now in the United States, you've got a strong Tea Party group controlling the whole country, because they have a gridlock, they have a stranglehold on [House Speaker John] Boehner (R-OH)."

Reiner referred to both the Tea Party and Hamas as "extremist" groups, saying the Tea Party's control over Boehner prevented Congress from being more productive. Reiner also suggested that the way to "eliminate" the Tea Party was by redrawing voting districts in 2020.

"We're not going to get anywhere with anything as long as the Tea Party has a stranglehold on John Boehner," Reiner said later in the interview. "We will not get anywhere. I mean, Obama is going to try and do as much as he can do through Executive Action, but they're going to sue him over using Executive Action, and then when they have a border crisis they say, 'Use executive action to go after the border crisis.' It's hypocritical beyond belief."

Reiner, who also identified himself as a supporter for former Secretary of State Hillary Clinton if she decides to run for the presidency in 2016, also told King that, while the movie industry could not influence politics, individuals within that community could "raise awareness" regarding particular issues.

"I mean, Michael J. Fox with stem cell research. George Clooney with the situation in Darfur in Sudan," Reiner said to illustrate his point. "You can raise awareness, but I think, unless you are willing to really steep yourself in the issue to the point where you're not only going to raise awareness, but you can move the ball forward and understand the three-dimensional chess game that you need to play with politics, policy, and PR and all of that, then I think you only raise awareness. And you can also get hit and knocked down by being a Hollywood dilettante or whatever that thing is."

Watch footage from King's interview with Reiner, as posted online by Ora.tv, below.