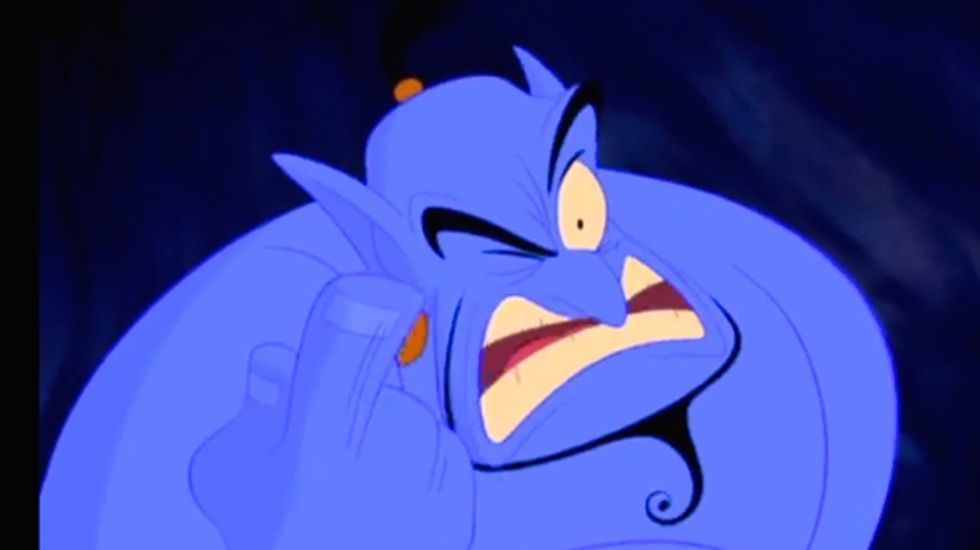 Suicide prevention researchers have voiced concerns over an online post by the Academy of Motion Picture Arts and Sciences in honor of actor Robin Williams, fearing it risked misrepresenting suicide, the Washington Post reported.

The academy's post, a picture of a scene from the animated film Aladdin in which the title character hugs the Genie (voiced by Williams) and the line, "Genie, you're free," has been shared more than 270,000 times. According to the Post, as many as 69 million people have seen the image.

Williams was found dead at his Northern California on Monday in an alleged suicide. Authorities in Marin County have yet to confirm that as the cause of his death.

According to the American Foundation for Suicide Prevention, (ASFP) however, the academy's post risked fueling "copycat suicides," which the group describes as an increase in suicides following reports of one person taking their life.

"If it doesn't cross the line, it comes very, very close to it," ASFP chief medical officer Christine Moutier told the Post. "Suicide should never be presented as an option. That's a formula for potential contagion."

Moutier explained that the dialogue and starry background used in the Academy's post presented suicide in a way that could be seen as celebratory.

"A quarter of the population suffers from mental health issues that could potentially drive suicidal thoughts," she was quoted as saying. "This is a very important issue, from a public health standpoint, and one we need to bring to light."

Please contact the National Suicide Prevention Hotline at 1-800-273-8255 if you or someone you know is considering committing suicide. Operators are available 24/7.