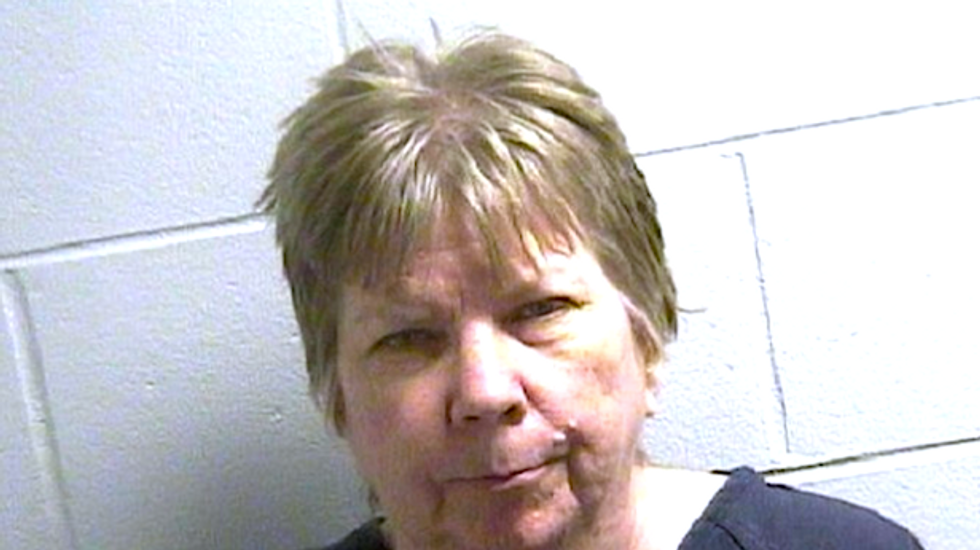 A Florida woman is accused of stabbing her 7-year-old grandson to death as he begged for his life.

Authorities said 63-year-old Martha White was babysitting the boy and his 8-year-old brother Tuesday at their Tallahassee home when she interrupted their video game to say she had a surprise for them.

White then took Mason Rhinehart into a bathroom, locked the door, and stabbed him to death, investigators said.

The older boy said his brother cried, “I don’t want to die, please don’t kill me,” and he tried unsuccessfully to break into the bathroom.

The Tallahassee Democrat reported the boy called his father and then hid from his grandmother, authorities said.

The boy said she told him she had a “surprise” for him, too, but he said she left a short time later with a bottle of wine.

Leon County sheriff’s deputies found White covered in blood, carrying the wine and some Xanax, about a half mile away from the home.

She was charged with first-degree murder.

Deputies said they had not determined why she stabbed her grandson to death, but they said White told them she was “fed up.”

Watch this video report posted online by the Tallahassee Democrat: