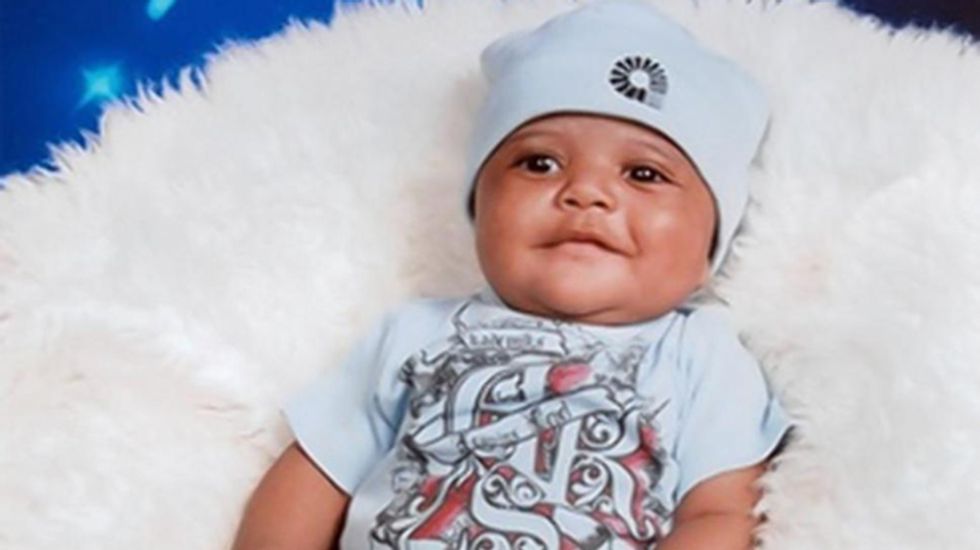 A Florida man was convicted of murder on Thursday for tossing a 3-month-old boy out a moving car window along a Florida highway, killing the infant instantly.

Richard McTear, 26, was convicted of first-degree murder and four other felonies: burglary with assault and battery, aggravated child abuse, battery and kidnapping, according to The Tampa Tribune.

In 2009 McTear attacked ex-girlfriend Jasmine Bedwell, 22, after she returned home with her son from a friend's house. After beating Bedwell, McTear fled the scene taking her 3-month-old son, Emanuel Wesley Murray Jr., with him. According to authorities, McTear tossed the baby out of the car window while driving down Interstate 275.

Emanuel Wesley Murray Jr. was found dead on the side of the highway on May 5, 2009.

In court proceedings, defense attorney Michael Peacock suggested Bedwell or her friend, Liderrius Moore, might have killed the baby however Assistant State Attorney Ronald Gale said the evidence was overwhelming. Bedwell’s and the baby’s DNA and apparent blood stains were found on the shorts McTear was wearing when he was arrested.

When McTear was being booked into the Hillsborough County Sheriff’s Office following his arrest, he was asked by reporters why he threw a baby out a car window. He responded: “It’s a dirty game.”

After thanking the jury Murray’s uncle, Ike Thompson, was asked what they should do next. He replied, “Burn him.”

McTear now moves to the penalty phase of his trial where prosecutors are expected to ask for the death penalty.

'As if I never existed': Rudy Giuliani pouts after being banned from Fox News on 9/11

On Steve Bannon's "War Room" on Wednesday, during a segment in which Bannon was criticizing Fox News for giving so much coverage to former Vice President Mike Pence instead of former President Donald Trump, Rudy Giuliani complained bitterly about how Fox News doesn't invite him on as a guest anymore — and in particular how they didn't invite him on for the most recent anniversary of the September 11 attacks.

"Would Roger Ailes have tolerated — the other day, Donald Trump returns to Washington, D.C. for the first time since he left, to give a keynote address on law and order and anarchy in our major cities. Mike Pence gives a seventeen minute bromides for a high school kid, cut and paste, absolutely ridiculous, they cover seventeen minutes and they blow a commercial break, which is like a mortal sin over at Fox, right? They blow a commercial break to cover all of it. Why do they have a thumb on the scale for a loser and a coward like Mike Pence, and they're up against, trying to defeat again, Donald J. Trump?"

Eight years to the day after the fatal Sandy Hook Elementary School shooting, 2020 presidential electors gathered in state capitols across America and confirmed Joe Biden beat Donald Trump in the electoral college 306 to 232. Now a right-wing conspiracy theory that the mass shooting is a hoax may have a major impact on the investigation into the unsuccessful attempt to overturn the election.

Following the massacre, far-right conspiracy theorist Alex Jones falsely claimed that the gun massacre was and the devastated victims seen on TV were actors.

According to ABC7 Chicago, a school board member and government employee in a suburban city in Cook County, Illinois is out of a job after a slur-filled tirade at a contractor who didn't comply with her demands to move his truck.

"According to a post on the city of Berwyn's blog, Sarah Lopez, who used to work as 'Blight Inspector,' has been terminated," said the report. "Contractor Phil Robbin has said he still can't believe what he said happened in a Berwyn alley two months ago. 'I feel like I'm this big every day I'm walking around, and I'm a pretty big guy to be feeling like this,' Robbin said."