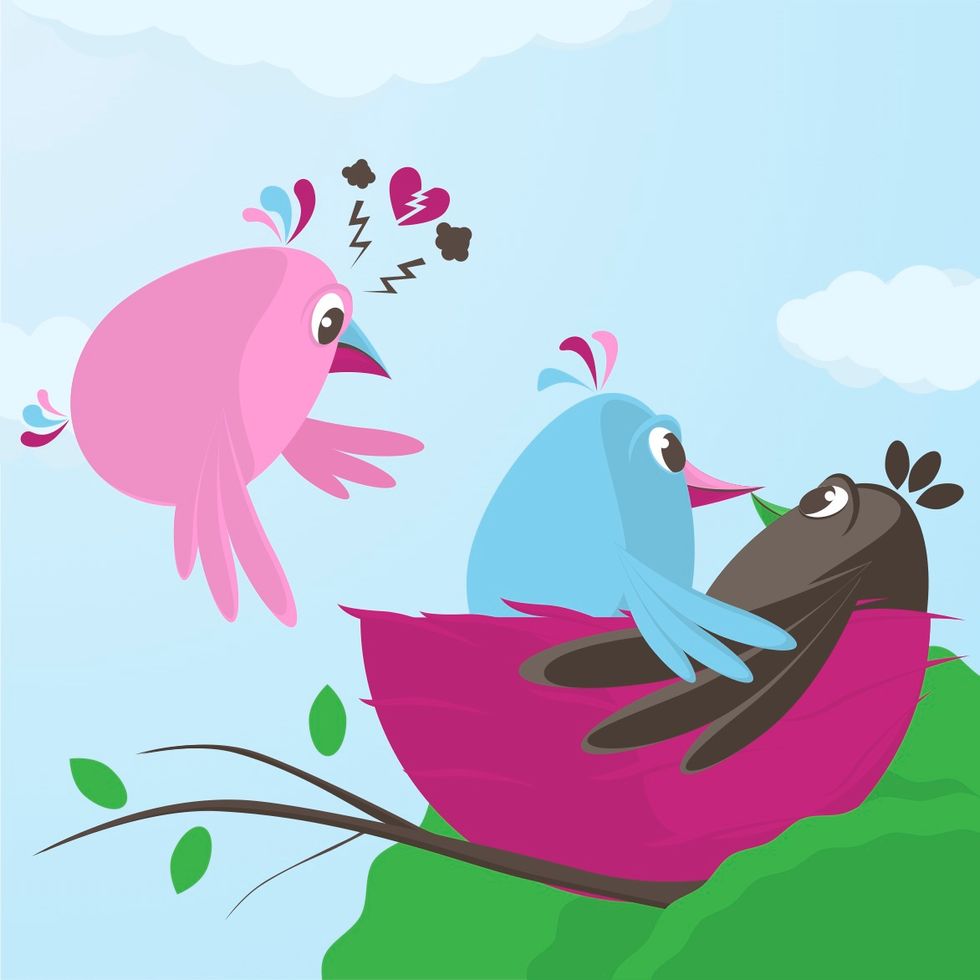 So I wrote earlier at Daily Beast about a horrible story of a vindictive ex-boyfriend inciting crowds of haters online to target his ex-girlfriend with a harassment campaign to punish her for allegedly cheating on him. The pathetic douchebags behind this are flailing around, grasping at straws to excuse their disgusting behavior, but the efforts to justify their behavior are so paper thin that they would be funny if there wasn't a real human being being doused in a firehose of misogynist abuse. (And, of course,the depressing female haters who all imagine they are Special Snowflakes and whose attempts at building self-esteem by bashing other women are so pathetic they often cross the line into pitiable.) Unsurprisingly, I had to turn my mentions on Twitter off again because the misogynist abuse is drowning out anyone who wants to hit me up with a productive comment, but that's par the course these days. Anyone who thinks sexism is dead needs to spend two minutes looking online to see that outrage at women for daring to be full, flawed humans instead of easily managed toys is all the rage.

Being cheated on sucks, of course. It's happened to me---it's very common! (Though good luck actually getting an internet mob together to wail on a man for cheating for weeks. Men aren't considered women's property and so there's significantly less interest in policing their sexual choices. Not that I would ever do such a thing because only people whose moral compasses are so screwed up that they should never date again would do such a thing.) But cheating, like I said in my Daily Beast piece, is a screw-up and it's not abuse and the way to deal with it is the way you deal with other problems in your relationship: Either fix it or bail, but either way, know that the other person is not your property. If they choose to cheat, then choose not to be with them. People break promises all the time. It's human, mistakes happen, don't be such a massive narcissist that you mistake an everyday, ordinary betrayal with the worst thing that ever happened in the history of things happening.

That said, there are some minor forms of revenge for cheating that are on the table. I'm not a complete saint, people. Since many people are confused about what is and isn't kosher post-break-up, here is a list of perfectly ethical ways to get even with a cheater after the fact:

1) Go on to live well and act like you only vaguely remember who they are when their name comes up. Living well is, after all, the best revenge.

2) Write a piece for the Modern Love column in the New York Times, for XO Jane, or just for your blog detailing the relationship's crack-up, without calling out your ex by name. This is a critical and long-standing rule. You are allowed to write memoirs! Your experiences belong to you, after all, and no one can take them from you. But it's not only tasteless to use the person's real name in a piece that will be widely read, it's overdoing it. The people in your direct social circles will know who it is. That's the appropriate level of embarrassment. Cheating on someone doesn't mean you deserve to be publicly shamed in front of the entire world.

3) Similarly, go write a song, do a painting, or write a fictionalized account of your relationship's demise. Again, to keep this tasteful and proportionate, you are obliged to leave their name and any strongly identifying details out of it.

4) Go out and do that thing that you always wanted to do but your relationship was holding you back from: Get a pet, travel the world, move to a new city. Bonus points if it involves sleeping with that person you had a crush on but you refrained from fucking because you were faithful. Extra bonus points if your ex was jealous of that person.

5) Lots and lots of Facebook pictures of you looking hot and happy.

I'm sure you guys can come up with more in comments! But remember, naming and shaming is childish and tasteless, and sending the internet mobs on your ex is so morally bankrupt that it means you never deserve to have a relationship with a faithful partner again.