How sexual exploitation of men and boys is overlooked and dismissed 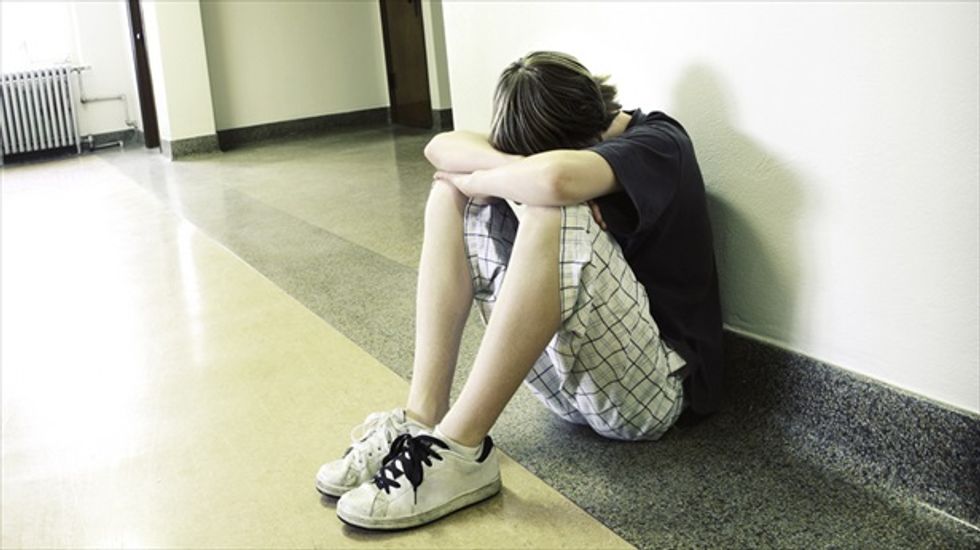 Sexual abuse of children has been in the news in recent months; the coverage of a devastating report on the abuse of at least 1,400 children in Rotherham over a number of years, in the face of official ignorance and disbelief, is only the most recent example.

On one hand, this is coverage obviously to be welcomed. As I have written previously for The Conversation, we need to be able to talk about sexual abuse if we are to recognise and address it. However sexual abuse is also a complex, nuanced issue – and its nuances are usually overlooked in the headlines.

I was reminded of the challenges (but importance) of researching different types of sexual abuse while conducting research now published by the children’s charity Barnardo’s, focusing on the sexual exploitation of boys and young men.

Child sexual exploitation is a particular form of child sexual abuse characterised by “exchange”, whether directly between victim and perpetrator, or a third person. It is associated with what used to be broadly known as “child prostitution”, but also encompasses broader scenarios such as sexual contact in exchange for a place to stay, or, in some definitions, in exchange for affection or status. It has also been associated with grooming and trafficking.

This term tends to be applied to teenage victims, but victims can of course be younger. Recent high-profile cases have shone a light on the sexual exploitation of young girls and women in cities such as Rochdale, Oxford and Derby, but may also have inadvertently fed into a too-narrowly gendered and racialised narrative about sexual exploitation.

What has also been missing so far is any understanding of how sexual exploitation can affect boys and young men.

To better understand this very hard-to-research issue, the Nuffield Foundation funded our research as a scoping study. The study involved a review of published literature, analysis of existing data (led by UCL), interviews with professionals, and a workshop with young people.

Barnardo’s run a number of services across the UK focused on addressing child sexual exploitation, and provided our project partners at UCL access to their administrative data for the comparative analysis strand of this research. UCL found that one third of the Barnardo’s service users are boys and young men.

That is a powerful and empirically robust finding, but we have to be clear that this figure refers to Barnardo’s service users only, and includes both victims and young people suspected of being at risk of child sexual abuse. Alongside the problems of defining sexual exploitation, its hidden, sensitive nature means that it’s very difficult to quantify its incidents or victims.

Nevertheless this analysis, of one of the most robust sources of data available, shows that a sizable minority of boys and young men are directly affected.

Another strand of the research, that I conducted, involved interviews with professionals from across the UK in contact with male victims of sexual exploitation. This included professionals from Barnardo’s services and others, such as specialist police, and staff from the specialist boys’ service, BLAST.

The interviews focused on how boys are victimised, and professional responses to male victims. The findings that emerged on both issues were very interesting, but are challenging to present.

For example, we identified some prominent routes through which boys may become victims. These included abuses of trust, such as men befriending younger men or boys on the basis of a shared, stereotypically masculine interest, and then using this to lead into sexual exploitation (for example initially viewing heterosexual pornography together). Young gay, bisexual and curious victims may have been at risk because they felt, due to homophobic attitudes, that they had to hide their sexual contact and had few “safe spaces” to explore their sexuality.

Meanwhile, we also identified the difficulty of recognising exploitation by female perpetrators; scenarios that would be immediately deemed sexually exploitative if they involved a female victim and older male were being overlooked when the younger person involved was male.

It is important to try to understand how boys and young men are sexually exploited to be able to raise awareness and identify and prevent it. However, in the current context, I am acutely aware as a researcher of how much responsibility lies with us to both present the facts (such as these routes to abuse), and in doing so, not feed into unnecessary fears.

There are, of course, lots of perfectly healthy, normal, positive scenarios whereby young men may be friends with older men, older women, or explore their sexuality. None of these scenarios alone necessarily indicates or increases the risk of sexual exploitation – but exactly because they may appear quite “normal”, perpetrators can and do use them to facilitate and obscure sexual exploitation, and prey on vulnerable young men.

We also found that deep-rooted gender stereotypes can mean boys are overlooked as victims, by professionals as much as by others in their lives.

As a researcher who is involved in front-line services (for instance, as a trustee of a rape crisis centre), I am also acutely aware of the challenges professionals face, including limited budgets and seemingly limitless sexual victimisation.

So while I truly hope this research helps raise awareness of the exploitation of men and boys, and in turn helps professionals recognise male victims, the findings are set in the context of the challenges professionals face. If they are mainly working with female victims and there are more female victims than they have resources to be able to work with, it is hardly surprising they may not be so well attuned to the identification or needs of male victims - though of course male victims needs also should be identified and met and I hope this research supports a step towards that occurring.

Research that explores hidden, sensitive, and often misunderstood social issues often ends up posing as many new questions as it answers. It shines an unforgiving light on the limits of the languages and concepts we have to present difficult and painful societal problems. And as a next step, more research must be conducted with young men and boys themselves to better understand their views and experiences.

The time to act

Sexual abuse has real, devastating and long-lasting effects, but it is also socially constructed. This means that across different social, legal and historical contexts, we will always define and respond to certain sexual behaviour as more or less problematic. (Amazingly, for example, the first conviction for rape that occurred within a married relationship in England only occurred in 1992.

Sexual abuse is complex, difficult, and nuanced. To adequately address and respond to it in all its forms, we need long term political will and investment (in front line services not just policy), and sophisticated, nuanced debate.

Support for victims is woefully underfunded, and I would rather investment went directly to victims wherever possible – but we also need to understand who victims are, what their needs are, and how these needs can be met, to ensure investment is used effectively. Crucially, this must be done in a way that avoids stereotyping – and this demands more research and better empirical evidence.

Understanding sexual exploitation can be very challenging, but now more than ever, we need to try harder to understand it. The media attention recently showered on abuse and exploitation is all very well – but we must ask if it’s the right kind of attention, or whether it is it in danger of making child abuse into a nightmarish sideshow. The ultimate test we face as researchers and practitioners and as a public is whether more victims are actually being helped.

The year before a general election, I hope the political parties make a commitment to address all types of sexual abuse, for all victims, effectively, and fund prevention programmes to help stop victimisation from occurring in the first place. If not, I fear that in ten years, I may be able to write a very similar piece, with ten years' more victims – of all genders.

Carol McNaughton Nicholls works for NatCen Social Research. She receives funding from various grant giving organisations. This research was funded by the Nuffield Foundation, an endowed charitable trust that aims to improve social wellbeing in the widest sense. Partners involved in the research were Barnardo's and University College London. The views expressed are those of the author and not necessarily those of the foundation or project partners. Carol is also a Trustee of Rape Crisis South London http://www.rasasc.org.uk/