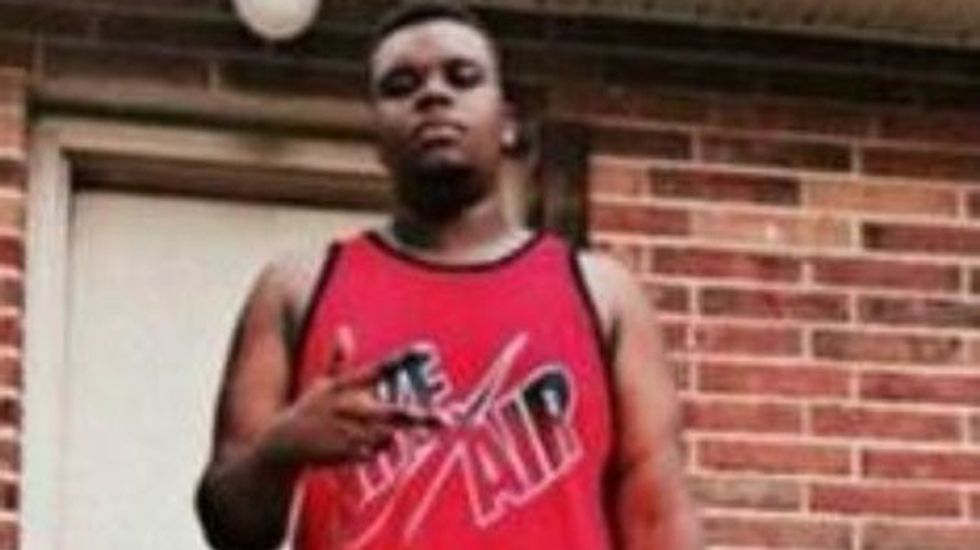 In the wake of the shooting death of Michael Brown in Ferguson, Missouri, African-Americans have taken to Twitter to wonder how the media would portray them if they should be the victim of a police shooting.

While initial photos showed Michael Brown in a cap and gown at his high school graduation, media organizations and conservative bloggers are increasingly turning to a photo (seen above) of Brown clad in a Nike Air jersey and throwing a 'gang sign,' as a way to sensationalize the shooting while inferring that the young man might be a 'gangbanger.'

African-Americans remember the Trayvon Martin case when the image of a unarmed teen shot by George Zimmerman changed when bloggers posted photos of Martin throwing signs and sporting a grill, accusing him of being a gang member. For a brief period of time, a photo of another young African-American man made the rounds with conservatives asserting that it was Martin as a gang member.

With that in mind, African-Americans created #IfTheyGunnedMeDown and posted multiple pictures of themselves, asking which photo the media would use to draw traffic and dictate the narrative.

What picture would they use #IfTheyGunnedMeDown? Note that I'm holding a simple airsoft gun. pic.twitter.com/lnhdsHTPUm

#IftheyGunnedMeDown Which pic the news gonna show? I look fly in both tho pic.twitter.com/FNVdT2aR4F

#IfTheyGunnedMeDown Would they say I was gang affiliated or a classy lady? pic.twitter.com/VdYYSpUB7q

#IfTheyGunnedMeDown would they use my pic on the left or the right? pic.twitter.com/W3W1EUMXvz