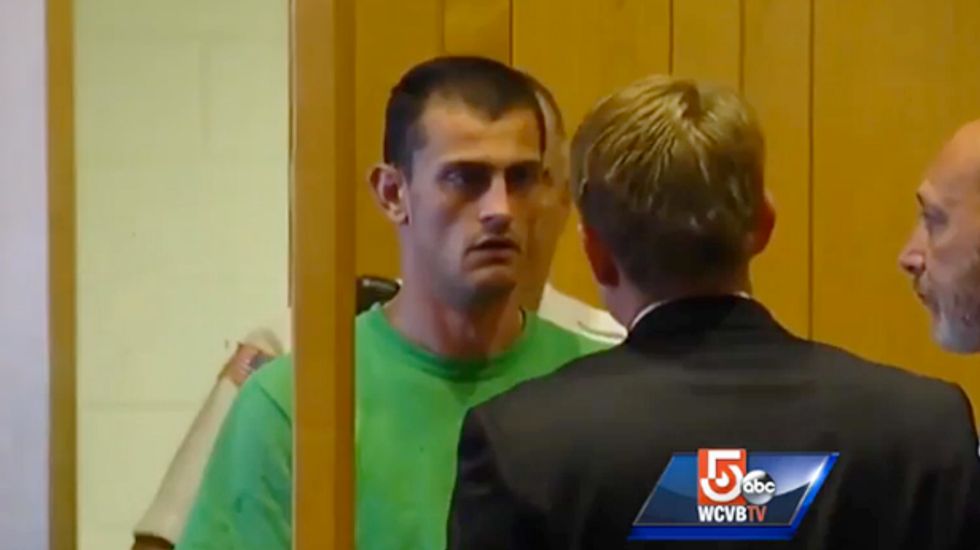 A 28-year-old Massachusetts man is in custody after being arrested for making threats to kill President Barack Obama on Twitter.

Stephen Perrotti of Lawrence, Massachusetts, was taken into custody after he told local police and Secret Service agents that he wasn't going to lie, he had threatened the president, according to the Eagle-Tribune.

Perrotti came to the attention of the Secret Service when he posted, ""I am going to kill Obama even if it takes a lifetime," on one of his Twitter accounts.

The Twitter account, where Perrotti described himself as "just a jobless 26-year-old with the mindset of genius," contained multiple threats against the president as well as calling for impeachment.

Perrotti's mother allowed police officers to search her home, indicating that she was "disturbed" that her son was in possession of weapons.

"Also Mrs. Distasio expressed concern for her son's mental health, indicating she has done her best to get him help," stated a report by Lawrence Detective Thomas Burke.

The Massachusetts man is currently being held without bail.

Watch the video below from WCVB:

National Security Council Coordinator John Kirby pushed back against Fox News host Brian Kilmeade after he said that Al Qaeda "feels pretty good" despite its leader being killed by a drone strike.

On Tuesday, KUTV reported that a teenager in Sandy, Utah has been arrested for an alleged assault on two gay teenagers — and police are recommending it be prosecuted as a hate crime.

"Sandy Police Sgt. Greg Moffitt said the victim and his boyfriend were outside shortly after midnight Saturday in the area of 800 East and Cedar Terrace Drive when a silver vehicle approached. The suspect in the vehicle reportedly began yelling homophobic slurs at the two teens," reported Matthew Jacobson. "The juvenile suspect, along with several other occupants, then allegedly exited the vehicle and continued using the slurs before punching the victim in the face, police said."

The National Rifle Association, a pro-Trump outside group called the 45Committee and Sen. Josh Hawley's campaign have all been accused of campaign finance violations, but all three evaded penalties after Republican commissioners opted against taking action, even after the FEC's own attorneys found reason to believe they broke the law, reported The Daily Beast.