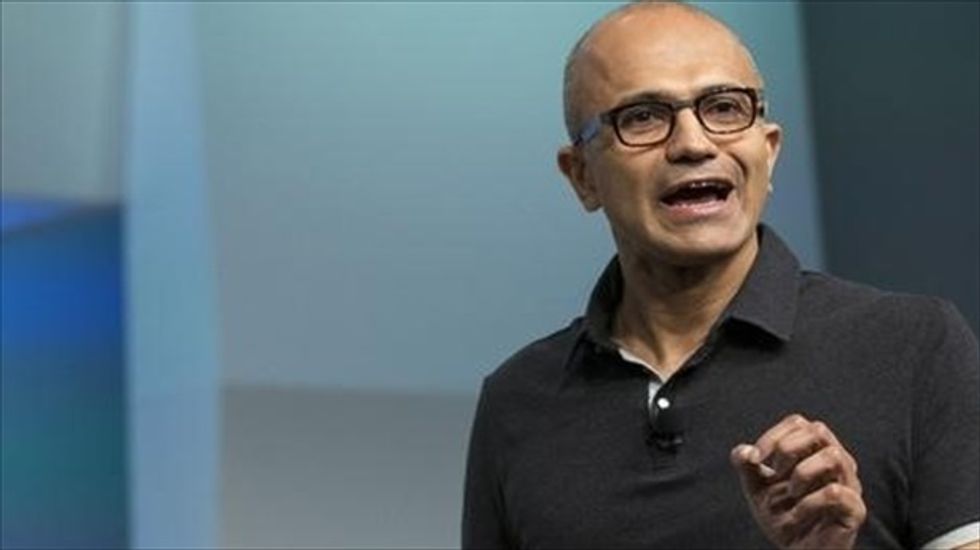 By Gerry Shih and Paul Carsten

BEIJING (Reuters) - Microsoft Corp Chief Executive Officer Satya Nadella is set to visit China in late September, a source familiar with the matter said on Thursday, as the Chinese government conducts an antitrust investigation into the world's largest software company.

It is not clear if Nadella, who took over as Microsoft CEO in February, will meet with any Chinese government representatives as part of his visit, or try to resolve issues with the State Administration for Industry and Commerce (SAIC), one of China's antitrust regulators.

A Microsoft spokesman would not confirm the visit, saying the company does not comment on executive travel plans. SAIC officials could not immediately be reached for comment.

Microsoft is one of many foreign firms to have come under scrutiny as China seeks to enforce a 2008 anti-monopoly law, which some critics say is being used to unfairly target overseas businesses.

Foreign CEOs often pay calls on the world's second-largest economy to strengthen business and political ties. Nadella would be at least the second major tech executive to have visited the country as antitrust tensions simmer.

Nadella's predecessor, Steve Ballmer, did occasionally go to China in his 14 years as CEO, but visits were rare to a country where Windows and Office are widely pirated. Ballmer said in 2011 that Microsoft got more revenue in the Netherlands than China.

Despite the rampant Windows piracy, China's SAIC initiated an antitrust probe into Microsoft earlier this month, saying that the company may have broken anti-monopoly laws regarding compatibility, bundling and document authentication for its Windows operating system and Office suite of applications.

On Tuesday, SAIC head Zhang Mao said at a briefing in Beijing his organization - one of three antitrust regulators in China - was focusing on Microsoft's web browser and media player, and suspected the company had not been fully transparent with information about its Windows and Office sales. [ID:nL3N0QW1C5]

The investigation has been met with puzzlement outside China, given that Microsoft settled U.S. and European antitrust cases around Windows more than a decade ago, and its desktop software monopoly is now largely irrelevant with the explosion of tablets and phones running Apple Inc or Google Inc software.