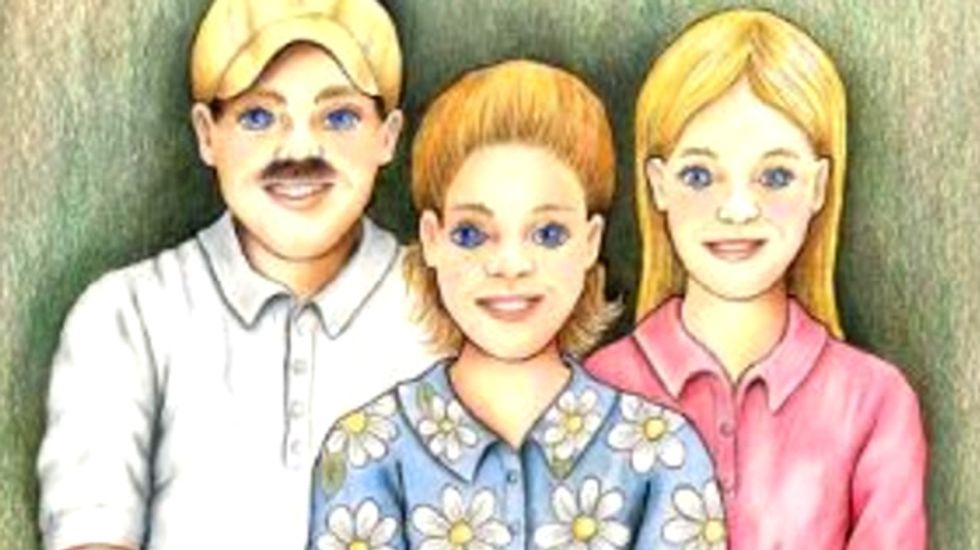 The co-founders of Michigan Open Carry have published a children's book extolling the virtues of having fun while openly brandishing loaded firearms.

My Parents Open Carry tells the story of "13-year-old Brenna Strong along with her mom, Bea, and her dad, Richard [spending] a typical Saturday running errands and having fun together," according to the book's official site. However, "[w]hat's not so typical is that Brenna's parents lawfully open carry handguns for self-defense."

The book's authors, Brian Jeffs and Nathan Nephew, claim that they were inspired to write the book because they "looked for pro-gun children's books and couldn't find any. Our goal was to provide a wholesome family book that reflects the views of the majority of the American people, i.e., that self-defense is a basic natural right and that firearms provide the most efficient means for that defense."

In an interview with Armed American Radio, the official radio program of The United States Concealed Carry Association, Jeffs and Nephews said that the book represents "an open carry adventure" in which the Strong family goes to the grocery store and the book store and confronts people.

Nephews said that "it's a good book" not just for children, but for friends and neighbors too. "It will help put people at ease," because it's parents, not children, who are alarmed when people openly carry firearms. "Most kids aren't scared of a gun," he said, "that's another good point this book tries to make."

According to a recent study in the journal Pediatrics, nearly 10,000 children in the United States are injured or killed by firearms every year.

Elizabeth Law, a children's and young adult editor and publisher, tweeted that the problems with the book go beyond its message.

When I say this leaves me speechless, I'm of course referring to the blindingly gorgeous cover art. @paulozelinsky pic.twitter.com/1Bs5ygoPUZ

She later noted that Jeffs and Nephews don't actually understand the audience they were trying to reach:

The book is being praised in gun rights circles, however, as being "delicious" and "fill[ing] a vacuum."

Watch the video trailer for the children's book below.