Neil deGrasse Tyson: Creationist Ken Ham's views are 'even crazy to many Christians' 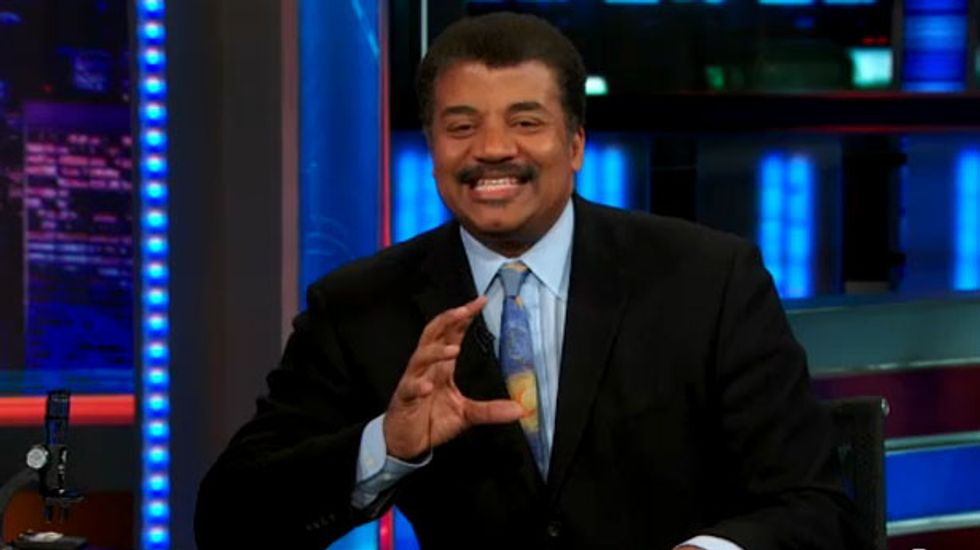 In a recent interview with Dan Arel at Alternet, astrophysicist and host of TV's Cosmos, Neil deGrasse Tyson addressed a wide range of subjects from why he doesn't do debates to calling creationist Ken Ham's views "crazy."

Tyson explained that he was surprised by the attention given to Cosmos by blogs and entertainment writers, but attributed it to  the show's prime time slot compelling writers to discuss both the show and the science presented, helping to create a bigger audience.

Addressing criticism of episodes covering the Big Bang theory and evolution, Tyson dismissed some his critics, saying, "You have to ask yourself, what are the numbers behind the people making these claims? Someone like Ken Ham [owner of the Creation Museum] has beliefs that are even crazy to many Christians."

Tyson admitted that the attention recently given to a fringe character like Ham is most likely driven by the validation Ham received after a recent debate with science educator and personality Bill Nye.

"Everyone knew Bill Nye, but almost no one had heard of Ken Ham," Tyson explained. "But after the debate [Ham] realized he had some media attention."

Saying "Life is too short to debate people's opinions," Tyson explained that he has avoided joining the debate circuit,  stating, "My publicist wanted to set up a series of debates with me about Pluto, but I don’t care that much—call Pluto a planet, call it a planetoid, it doesn’t matter to me. Just make sure that whatever you call it, you are doing so informed.”

Continuing with the theme of  a better informed public, Tyson deplored the current intersection of science with public policy, saying, "One thing that brings me great sadness is when a scientific discovery that should be apolitical is politicized, and suddenly people are choosing sides on their own and not consulting with scientists.”

Tyson added, "When you cherry-pick information to serve a need, there is a problem.”