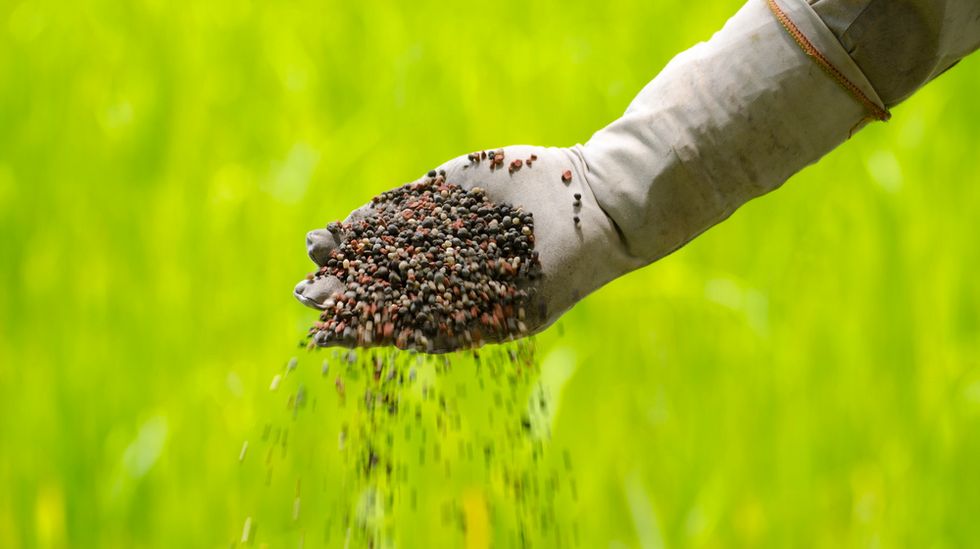 Researchers have developed a method to produce ammonia simply from air and water. Not only is it more energy efficient than the century-old Haber-Bosch process currently in use all over the world, but it is also greener.

Ammonia – made up of three parts hydrogen and one part nitrogen (or NH3) – has had a momentous impact on society. Without the mass production of this chemical, it is estimated that as many as a third of us won’t be alive. This is because its main use is to make fertilisers, which have helped improve crop yields and sustain a large population.

Developed in 1909, the Haber-Bosch process – often cited as the most important invention of the 20th century – involves heating purified nitrogen and hydrogen gas at very high temperature and pressure in presence of an iron catalyst. The presence of the catalyst, which doesn’t take part in the reaction but lowers the energy threshold of the reaction, is vital. Despite which, ammonia’s production – about 140m tons in 2012 – consumes nearly 2% of the world’s energy supply.

Apart from large energy requirements to achieve reaction conditions, the current production method is inefficient because it needs hydrogen gas, which is obtained by processing natural gas. The byproduct of the process is carbon dioxide. Stuart Licht and his colleagues at the George Washington University thought they could do better if they could find a way of using water instead of natural gas as a source of hydrogen.

Previous attempts at combining water (made up of two parts hydrogen and one part oxygen) with air (which consists of 78% nitrogen) to form ammonia have been less successful. Licht’s solution was to bubble wet air through a mixture of tiny particles of iron oxide and molten chemicals (made up of sodium and potassium hyroxide) that is zapped with electricity.

Any chemical reaction is basically the exchange of electrons between atoms. In this case, those electrons are necessary to tease out the hydrogen from water and then combine with nitrogen. “When electricity is applied, the iron oxide captures electrons to permit water and air to directly react to form ammonia,” Licht said.

This method claims to use only two-thirds of the energy of the Haber-Bosch process. Along with the elimination of the need to produce hydrogen from natural gas, the overall emissions are reduced quite significantly. The whole process also takes place at milder conditions, not requiring 450°C and 200 times atmospheric pressure as the Haber-Bosch process does.

These are not all that make Licht’s method attractive. Some of the energy is sourced through another technology Licht has developed called solar thermal electrochemical production, or STEP. It is considered to be one of the most efficient solar cells currently in use.

The reaction also produces hydrogen gas as a byproduct, which would be suitable for hydrogen fuel cells, another popular avenue for clean-energy enthusiasts, according to David Fermin, professor of electrochemistry at the University of Bristol. “Hydrogen generated in this manner is significantly cleaner,” he said.

However, it is one thing to show off the success of chemical production in labs and quite another to replicate it on an industrial scale. Licht admits that there is room for improvement but he is confident that it could work. Fermin has a caveat to add, “Before going for full scale up, a better understanding of the mechanism in this complex multi-electron transfer reaction will be required.”

But even with Licht’s method, Fermin points out that we are far away from being able to replicate nature’s efficiency at converting nitrogen from the air to useful chemicals, which is done by nitrogen-fixing bacteria. “What is truly remarkable is that nature does it incredibly efficiently at low-temperature,” Fermin added.

And yet, if something more efficient can replace the Haber-Bosch process, it would lower the energy input of the production of one of the worlds most important chemicals and lead to a notable reduction in global CO2 emissions.

By Jake Jacobs, The Conversation