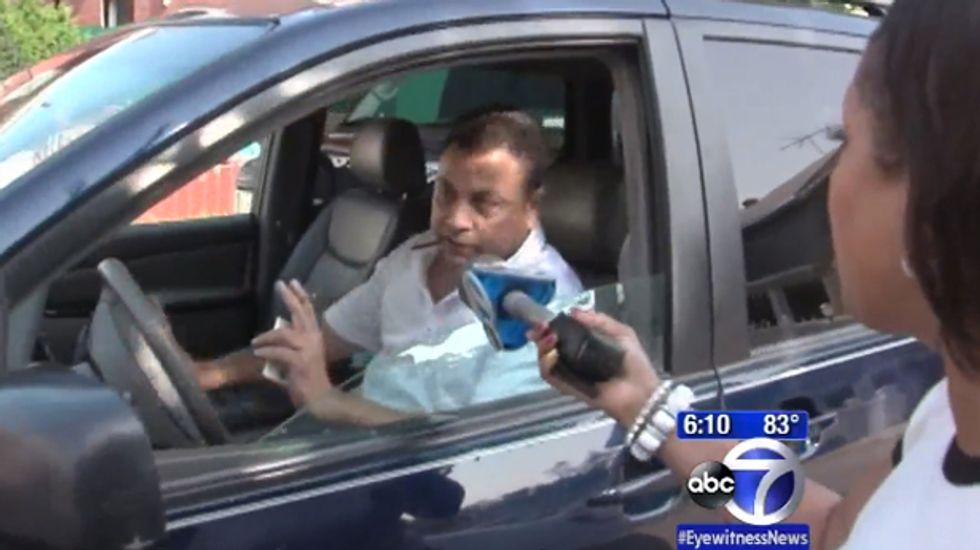 A Queens couple is under arrest after investigators discovered they had been routinely torturing their 12-year old daughter, including beating her with baseball bat, and starving her down to 58 pounds.

The abuse was discovered by EMT's who were called to the house and discovered Maya Ranot lying in a pool of her own blood after a beating with a broken metal broom handle that opened her wrist to the bone, severing the tendons.

After being taken to the hospital for surgery, the girl told investigators of her abuse over two years, including her father forcing her to take cold showers while he beat her with a baseball bat or his fists, and her step-mother kicking her in the face.

Investigators say the girl's body was covered in bruises and was scarred from previous beatings.

According to the girl, her mother sometimes locked her in her rooms for days at a time without food or water.

In a statement, Queens District Attorney Richard Brown, said, "The criminal charges allege that this young victim was subjected to years of unspeakable physical abuse at the hands of her father and stepmother - including being locked in her bedroom by her stepmother without food or water for extended periods of time and forced to take cold showers while her father hit her about her body with his hands and even a baseball bat."

Maya Ranot was allegedly subject to regular beatings by her father using his fist or a belt. The girl also stated that her stepmother hit her in the face with a rolling pin on multiple occasions.

According to the New York Daily News, Rajesh Ranot was described as a man with a terrible temper.

“He was the kind of guy who would be your friend and smack you at the same time,” stated neighbor who gave his name as Trinny. “You could not trust him.”

Investigators say that the girl never previously reported the abuse, fearing she and her siblings would be placed in foster homes. All the children are currently in protective custody

The girl's stepmother is currently being held in jail in lieu bail, and faces up to 25 years in prison if convicted.

Rajesh Ranot faces up to seven years in prison if convicted and is also being held by authorities.

Watch the video below from ABC 7: