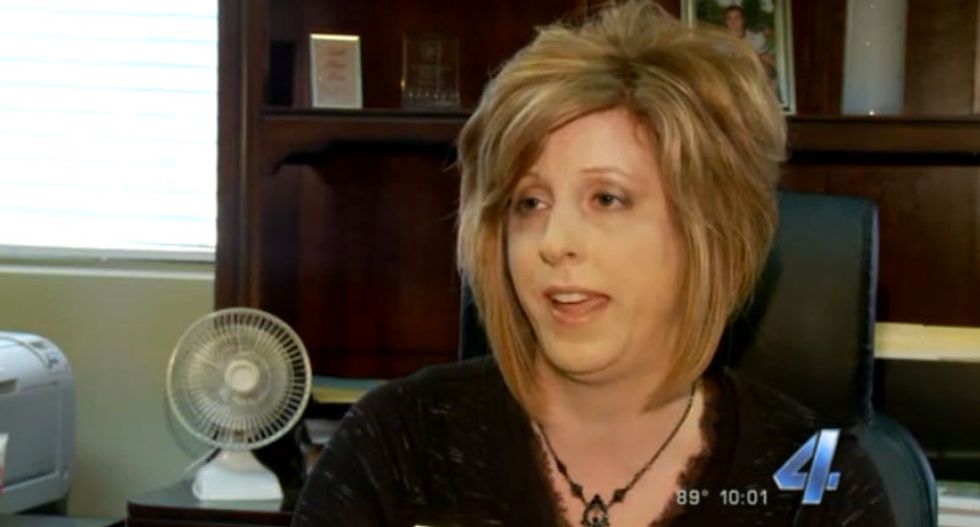 The school superintendent of Oklahoma high school is under fire from parents who feel she humiliated their daughters at the start of the school year over their revealing clothing, according to KFOR.

Noble High School superintendent Ronda Bass, who calls herself "Mama Bear Bass" after the school's mascot, sat down with some of her female students at the end of the first day of school to discuss their attire.

Claiming that she is very protective of her students, the females in particular, Bass claims, “The first question I asked was how many of you in here believe that there are female students on the campus today that are dressed completely inappropriate. Most of their hands went up.”

Student Stephanie Stewart, a senior, says that is not quite accurate.

Stewart said, “The first sentence was, ‘Have y’all ever seen any ‘skanks’ around this school’. Around the end she said, ‘I don’t want to see anyone’s ass hanging out of their shorts.”

The following morning, Bass showed up unannounced and asked just the girls to stand up while she did a dress code check,  asking some of the girls to bend over.

Stewart said she was singled out because Bass felt her dress was too short.

Bass explained her actions saying, “If you’re not comfortable with bending over, we might have a problem.”

Stewart said she thought the superintendent handled the situation poorly, sending some girls home crying on the first week of school.

“A lot of girls actually felt humiliated,” says Stewart. “You could see it in their faces that they were.”

Asked if she referred to the girls as 'skanks, Bass demurred saying she is only trying to protect the girl's reputations.

“I knew that students from other towns were calling our girls really negative names. The message I wanted to send to them was I don’t want them to be called those names,” Bass explained. “I want us to be known as the classy lady Bears.”

Watch the video below for KFOR: