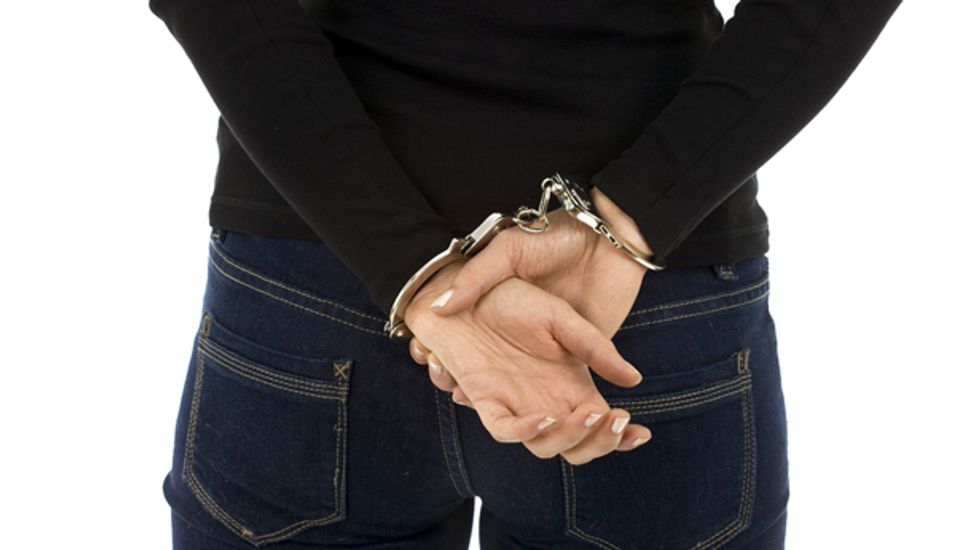 A Pittsburgh woman was arrested in the early hours Saturday morning after she tried to steal an unmarked police car with two officers still sitting in it, according to the Pittsburgh Post-Gazette.

According to police, Ria Buford, 32, had just exited an after-party following a Wiz Khalifa concert at a club and was standing with a group when the officer sitting in the driver’s seat stepped out of the car to make a phone call.

Officer Garrett Spory stated that he was sitting in the passenger seat observing the group when Buford walked over and sat down in the driver's seat. According to Spory, he told the woman, “Pittsburgh police, get out of the vehicle now! You’re under arrest!”

After Buford informed the officer that she was going to drive the idling police car to get to her car, an officer sitting in the backseat also told her to exit the vehicle.

In his report Spory wrote, “We were both terrified that she was going to attempt to drive away with both of us in the vehicle.”

As Spory attempted to pull the woman out of the car, a man grabbed the officer’s shirt and told him not to touch Ms. Buford. Spory and other officers then tackled the man after he refused to place his hands behind his back. The man subsequently refused to give his name and was arrested along with Buford.

According to Spory, Buford had an “an overwhelming odor of alcoholic beverage emanating from her person.”