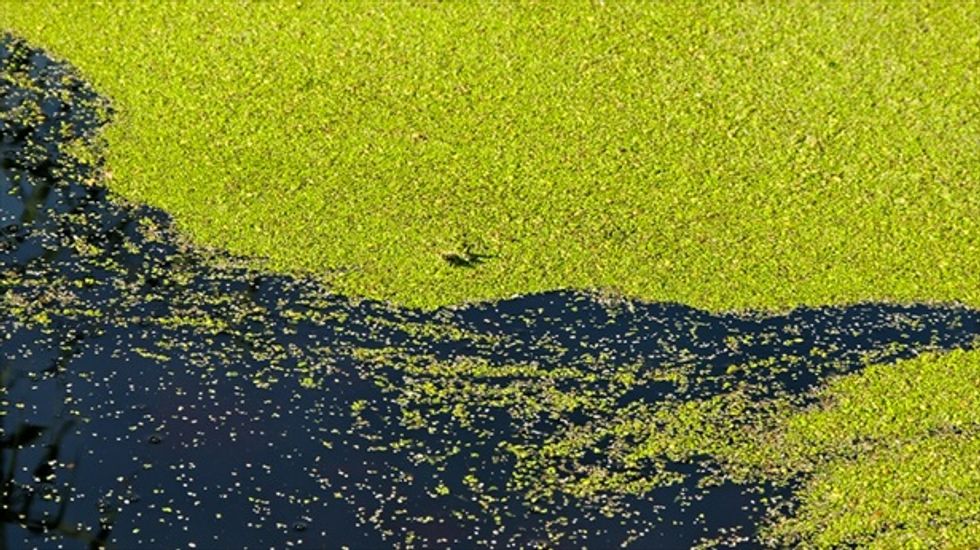 "Green algae blooming in a pond" on Shutterstock

A two-day ban on drinking water has been lifted in Toledo, Ohio. But the toxic algae bloom that led to the ban is still floating around Lake Erie and ones like it could become more common as the climate continues to change in a warming world. 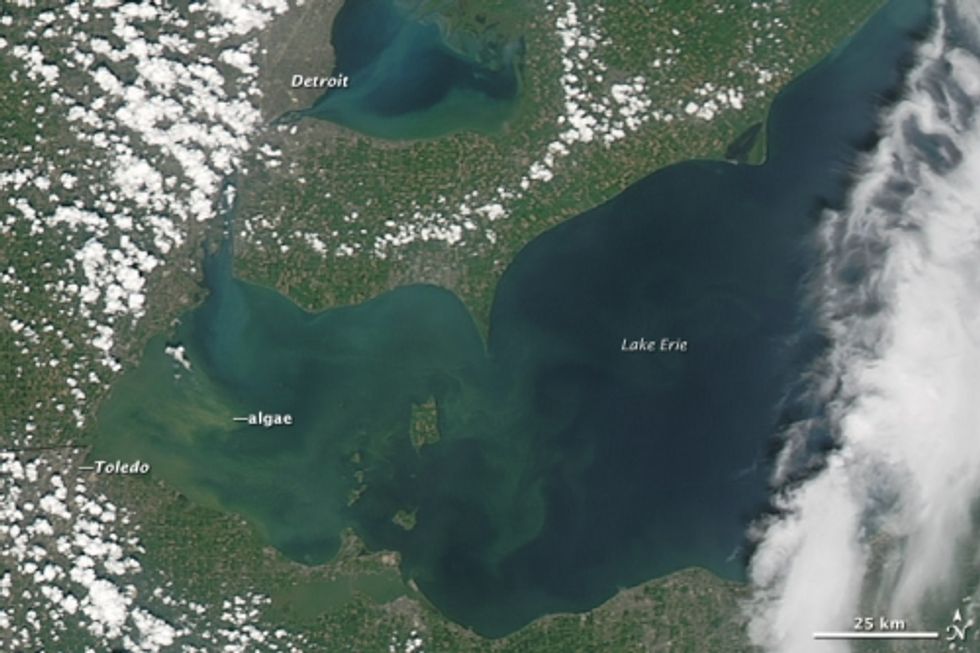 Nutrients in agricultural runoff is the biggest contributor to algae blooms in Lake Erie. What brings that runoff from farm fields to the lake is rain, and lots of it.

Areas along Lake Erie’s shores are where the frequency of heavy precipitation is likely to increase the most over the next century in the contiguous U.S. Heavy rainfall events are projected to be 4-5 times more common there by 2100 under current levels of emissions.

Davis also said that increased water temperatures are a factor that not only contribute to more toxic blooms, but blooms that can last longer. 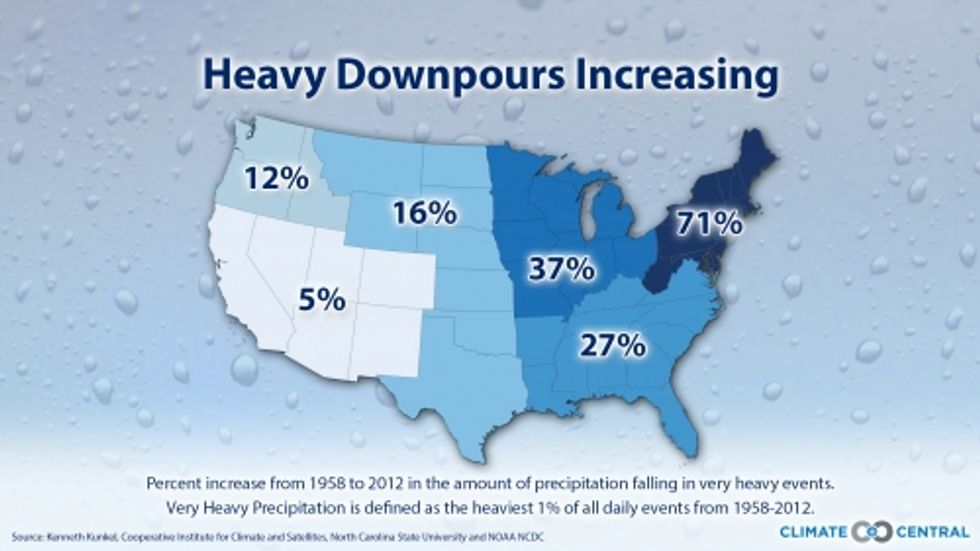 A map showing the increase in heavy precipitation events across the U.S. from 1958-2012.[/caption]

The latest iteration of theNational Climate Assessment, released earlier this year, notes that the risk of waterborne illnesses in the Great Lakes region is likely to increase in the coming decades due to these factors.

This year’s wasn’t necessarily bigger than average. However, a combination of northerly winds and currents helped push the bloom from its usual spot in the western basin, where the Detroit River brings nutrients into the lake, to right where Toledo’s water intake happens to be.

Davis is part of a group that monitors the lake’s ecology throughout the year. He spoke to Climate Central from a research boat taking weekly samples from the six monitoring stations around the lake that keep track of temperatures, nutrient loads, dissolved oxygen and other factors that can help scientists track the lake’s health.

[Image: "Green algae blooming in a pond," via Shutterstock]