Tea Partier: Obama brought back racism, made cops too afraid to shoot blacks 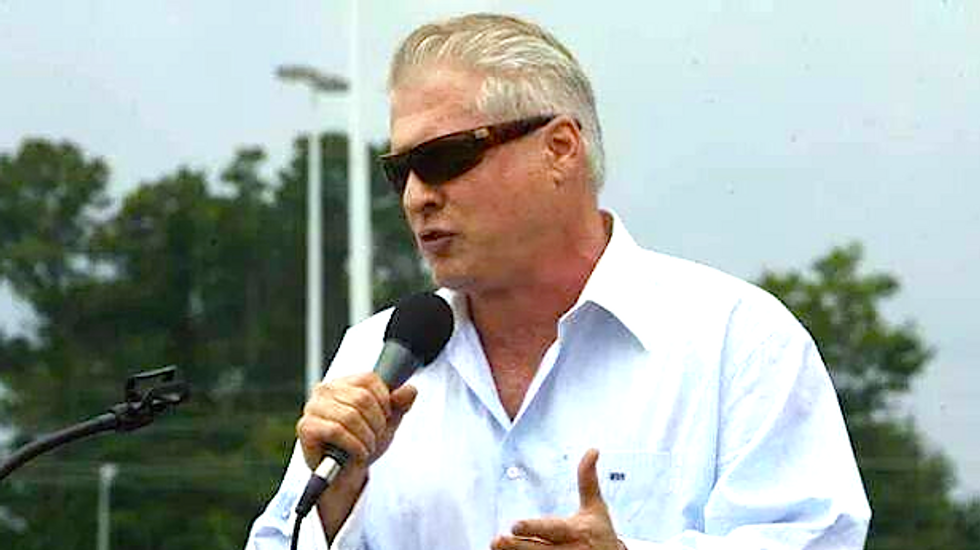 “It’s like we’re reliving the 1960s with Barack Obama,” said Wayne Allyn Root during a radio appearance Wednesday. “He didn’t come in to help us end the specter of racism, he brought it back, folks.”

“Is it not a racist overreaction by the police department that is scared to death of being called racist to allow people to loot and burn and do nothing but stand by while stores are being looted and burned because the people doing the looting and burning might have dark skin, and therefore if you hit one of them, if you arrest any of them – if you kill one of them in a gunfight – you’ll be charged with even more racism?” Root argued.

The Tea Party activist claimed Ferguson police were deeply concerned about being perceived as racist.

“It’ll make the riots that much worse, and you’ll look that much worse in the eyes of a president who’s looking to indict police officers for racism,” Root said.

Root has said he plans to run as a Republican in 2016 against Senate Majority Leader Harry Reid (D-NV).